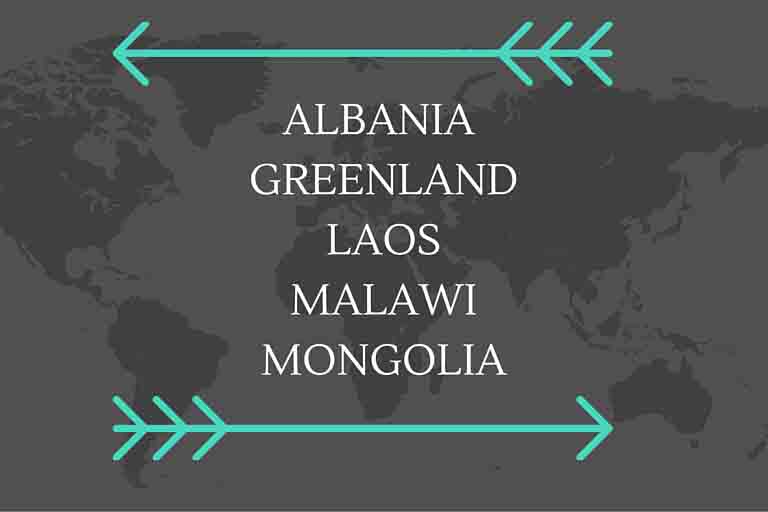 Last week, Ryan wrote about the world map we recently hung in our living room, and how it led us to identify some of our top travel goals (or, to be more exact, to pick the five countries we most want to visit). After thinking about destinations far and wide, considering cost, access, activities, culture, security, and more, I settled on my five.

Albania? Yes. One of the things I love about travel is seeing places that most people undervalue, know little about, or wouldn’t think of as a travel destination. Albania certainly fits that bill, and stories like these have really intrigued me. It seems like it’s an up-and-coming budget destination – and with good reason.

As a post-Communist country that was once declared officially atheist despite its predominantly Muslim population, Albania’s fascinating history should be reason enough to visit. And with Mediterranean beaches, jagged mountains, and 13 national parks, there’s clearly plenty to do. Besides, if Outside Magazine thinks this country is “made for adventure,” it probably is.

Top pick: Hiking the Peaks of the Balkans trail

Where to stay in the capital (Tirana): This bright, airy apartment near the city center ($28)

With its harsh climate and lack of infrastructure, the world’s largest island is also one of its least-inhabited and least-visited places. Greenland, which is actually a territory of Denmark, is not a place many would ever think of going, and some might not even realize that, you know, people actually live there (56,000 people, in fact!).

That’s slowly changing though, particularly as Lonely Planet rated Greenland one of its best places to go in 2016. But given the difficulty and expense of reaching the island, not to mention the lack of amenities and infrastructure once there, it’ll likely appeal to only a small subset of travelers. For better or worse, I think it’s relatively safe from the threat of mass tourism.

But, like Albania, Greenland offers so much of what I love about travel. It’s (very) off the beaten path and completely unlike any place I’ve been before. Going to Greenland would mean seeing what life is like under some of the world’s harshest conditions.

It also offers a wealth of adventure activities, from hiking across glaciers to kayaking through fjords to visiting the Greenland Ice Sheet. Not to mention loads of colorful buildings and prime viewing of the northern lights. Why wouldn’t you want to go to Greenland?

Top pick: Kayaking among the glaciers

Where to stay in the capital (Nuuk): This traditional red wooden house with a view of a fjord ($110)

Coming across the episode of Anthony Bourdain: No Reservations on Laos recently reminded me of a lot of the things that interest me about this lesser-known backpacker destination. Laos was one of the countries that got cut from my Southeast Asia itinerary a few years ago.  Its UNESCO-recognized city of Luang Prabang seems like reason enough to make sure it’s part of the next trip.

Laos’ backpacker hotspot of Vang Vieng wasn’t on the original list of places to visit, back when it was a drug-fueled party town that saw multiple inner-tubing deaths every year. But it sounds like the tide has turned in Vang Vieng. Tubing – and partying – is now regulated by the local government, and while the town still attracts backpackers in bulk, it’s no longer completely overrun. Alas, Vang Vieng has found its way onto my list.

Lastly, Four Thousand Islands in the Mekong River is known for being super relaxed and a place where “it can be easy to forget that the rest of the world exists.” Are there literally 4,000 islands? I’m not sure, but I definitely want to visit at least a few of them.

Where to stay in the capital (Vientiane): Auberge Sala Inpeng, a small guesthouse featuring traditional architecture ($25)

Even though I spent a whole summer working in neighboring Zambia, I never made it to Malawi, a tiny sliver of a country that’s sometimes called “The Warm Heart of Africa.” On a continent that’s known for the warmth and friendliness of its people, that’s a pretty big claim. Yet from what I’ve read, and what friends who’ve lived and traveled there have said, it might not be far off.

Malawi’s other big draw: Lake Malawi, a stunning body of water that offers sandy beaches and clear water. The popular towns along the lake are budget- and backpacker-friendly spots known for their chill vibes.

Even more so than in some other African countries where it’s also common, hitchhiking is the typical way to get around in Malawi. In a place where public transportation might be unreliable, being able to count on hitchhiking makes it much easier to travel, and possible to get to places far off the main bus routes. The idea of being able to hitch rides with locals to remote destinations makes Malawi even more appealing.

Where to stay in the capital (Lilongwe): Mabuya Camp, a backpacker lodge with a swimming pool ($30 for a private chalet)

When Ryan and I were hiking in Tanzania a while back, we met a French couple who were on a round-the-world trip. They’d already been all over Asia, Europe, and Africa when we met them, and they said Mongolia was their favorite place they’d visited. The way they talked about driving independently through the Gobi Desert prompted us to read about travel in Mongolia, and wow, what a destination.

It’s a place where you can get far off the beaten path, and off even the grid, and where you can spend weeks driving endlessly on open roads (well, dirt paths) and sleeping under the open sky. Another country where the culture of the people is as interesting as the activities available, rural Mongolia is one of the few places where nomadism is still a common way of life. Of course, those parts of the country are a stark contrast to the more cosmopolitan and westernized capital of Ulaanbaatar.

Where to stay in the capital (Ulaanbaatar): Lotus Guesthouse, whose proceeds fund a children’s center ($30)

I’m not sure when or how I’ll make it to these places, but reading about them never fails to inspire my sense of wanderlust and curiosity about the world. Next week, Ryan will be sharing his top five destinations and all the adventures they offer. 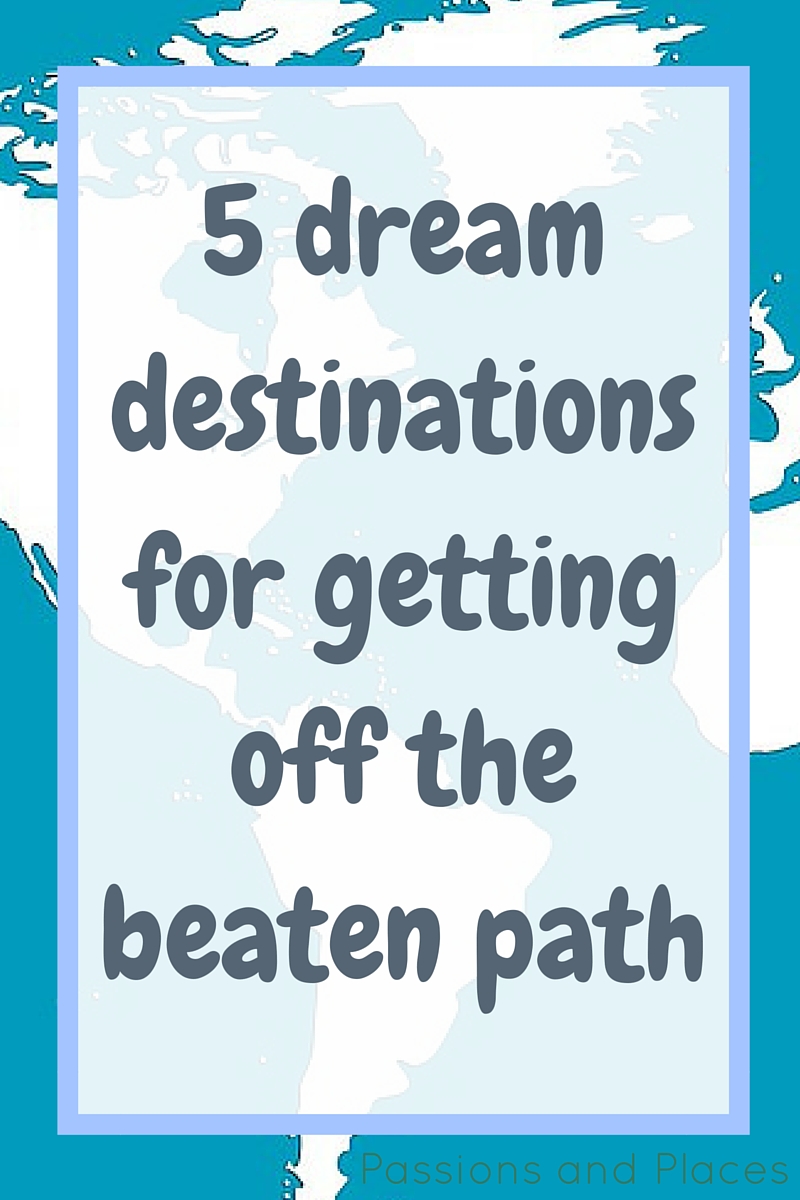