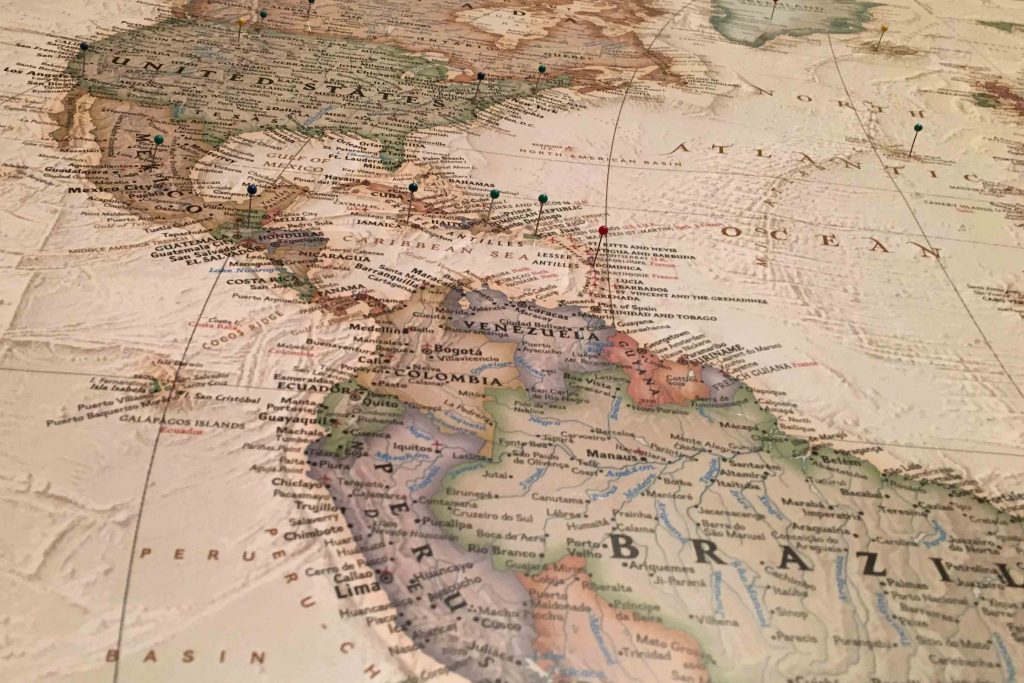 It started because I wanted to get a world map for our living room wall, one that would document the places we’ve traveled and the countries we’d like to visit. What kind of respectable travelers would we be without one?

The Power of Maps

I’m a big fan of maps as wall décor anyway; they’re big, they’re colorful, and they can make you think. Maps make me wonder about what’s going on in other parts of the world and what kind of things I could see there. Without a map, country names don’t mean as much. They’re just far-off places – places that I probably won’t be considering as future destinations.

Maps help me make sense of those far-off places. If I can look at where a country or city is located, I can start to construct an idea of what it might be like to get there. I might have some idea of what the culture and landscapes are like. Maps also help me organize my thoughts about the trips I’ve taken in the past and serve as a reminder of all of the great experiences we’ve had.

Jen liked the idea of a map for the living room too, and so a discussion began about what we’d need in one.

I was dead-set against buying one with a Mercator projection – as much as I want to visit Greenland, I can’t stand maps that make it nearly the size of Africa (it’s actually less than a third the size of Australia). For Jen, the demarcation of South Sudan, the world’s newest independent country, was mandatory, so we needed the most updated one we could find. Eventually, we settled on one that uses the Winkel Tripel projection (yay for reasonably-sized Greenland!).

The pin discussion brought our living room map dream to a screeching halt. (Think that’s weird? We later discovered that one of Jen’s Peace Corps friends was going through the same dilemma with her husband. They have a map hung up, but still haven’t put any pins in it!).

Fast forward to almost a year later… The map discussion begins anew as we move into a larger apartment with bare walls in need of a map. Finally, we settle on some rules. Blue pins for Jen’s trips, yellow pins for mine, green pins for places we’ve been together (since, you know, blue + yellow = green). Flags attached to the pins for places we’ve lived (longer than a month).

Black pins for future trips that are planned. And red pins for places we want to go, but with a limit – because without one, the whole map would be covered in red. So, we decided we could each place five red pins.

That “five pins” rule was tougher than I initially expected, though. How would I choose only five places?

There should be variety – this is our dream, and we don’t want it to reflect spending all our time on one continent. We wanted to include destinations all over the world, not just the Caribbean islands we can easily reach right now. We also wanted to consider some that are more budget-friendly, and others that are likely to be once-in-a-lifetime opportunities.

To inspire your own wanderlust, check back next week for my full list – as well as Jen’s – plus some travel tips we’ve compiled for each place we chose. 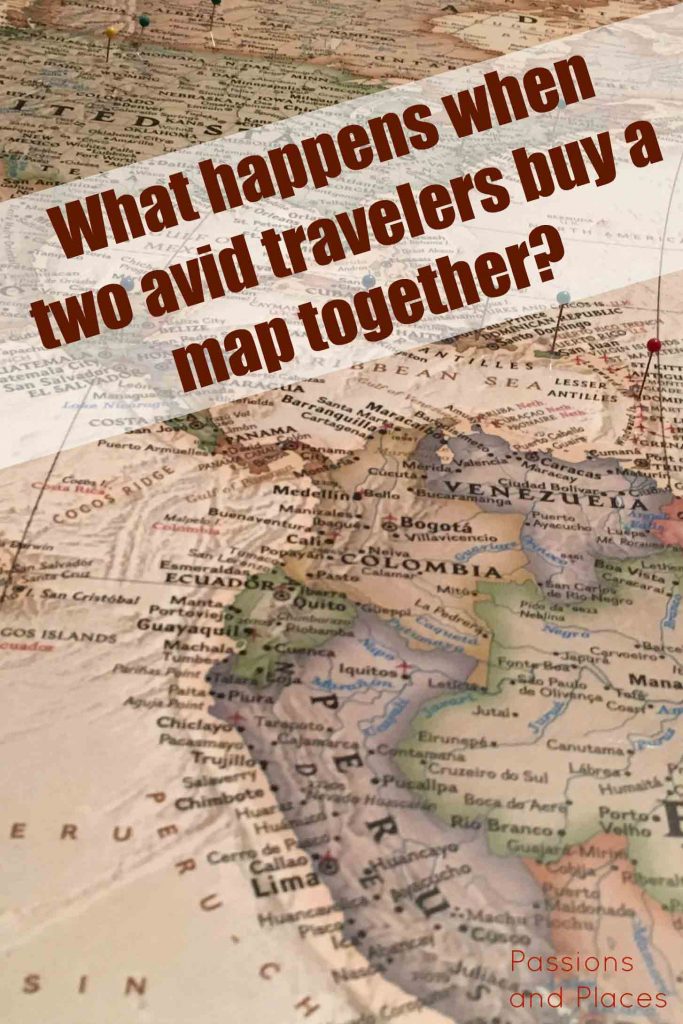