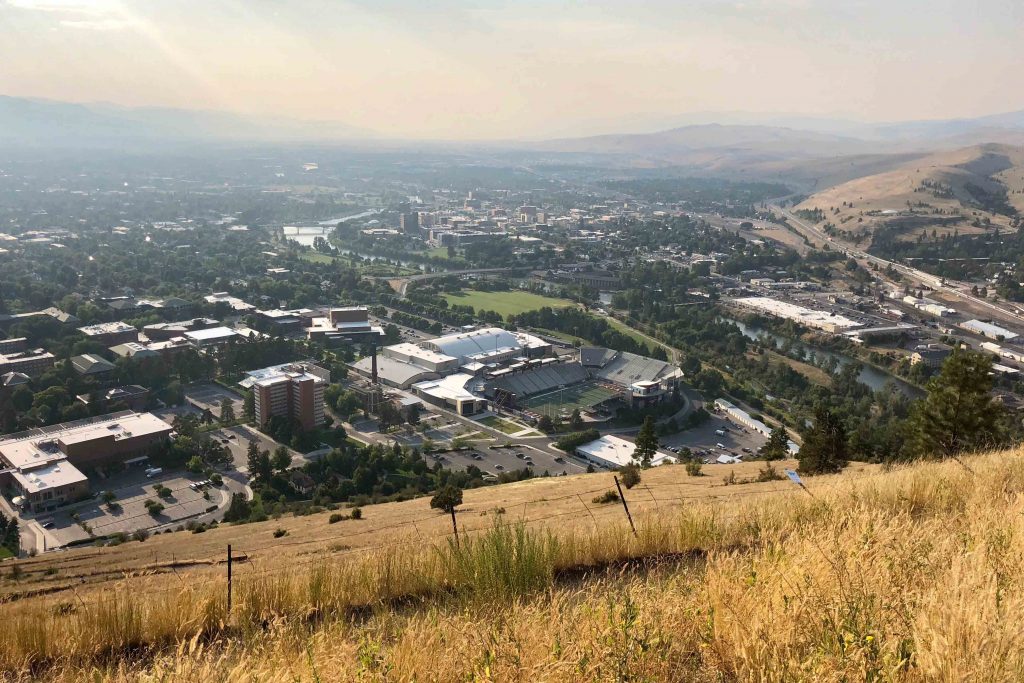 Our home state of Montana is a meat-and-potatoes kind of place. There are a few exceptions, of course, but by and large, it’s not a place to travel if you’re a foodie searching for international cuisine (though they say the beef is some of the finest in the country). But the restaurants in Missoula, the state’s second-largest town, are a clear exception to that rule.

The University of Montana hosts students from around the country and the world, and the town’s stunning landscape, range of outdoors activities, and tolerant culture attracts people from all over. With a greater openness to trying exotic foods, Missoula’s a shining example of international (and vegetarian) cuisine in the midst of beef country.

We recently spent some time in Missoula and were excited to eat our way around the world there. If you’re planning to visit Zootown and love trying new foods or just enjoy global cuisines, head to one of our favorite Missoula restaurants.

If you’re looking for the endless offerings of sliced meat you might find at a Brazilian steakhouse, Five on Black won’t be for you. Instead, they’re all about bowls that incorporate the different culinary traditions of Brazilian cuisine. Five on Black is entirely gluten-free, offers vegan and paleo options, and serves up sizable portions of veggies, making it one of the top healthy places to eat in Missoula.

Your bowl is assembled to your tastes with a base of rice or greens, a main meat or veggie, a bean or vegetable side, one of two sauces (mango BBQ or spicy coconut), and a few add-on toppings. Their tasty bowls are now being served up across Montana and even as far away as Denver.

Empanadas are the classic Latin American street food: take some meat, veggies, and cheese, fold some dough around it, and fry it up. The Empanada Joint takes that simple formula and tailors it to Missoula’s preferences for fresh and healthy ingredients.

The dough is baked, not fried, and the fillings are sourced locally whenever possible. There’s nothing pretentious about this place, though: you order at the counter from four meat and four vegetarian options, and don’t forget a dipping sauce, too.

At $3.50 a piece (and they’re small, so you’ll probably want two), these empanadas aren’t exactly the cheap street food you’d get in Argentina. They’re worth it, though, because the fillings are made from fresh ingredients and the dough is deliciously flaky. And if you’re hungry for dessert, they have amazing fruit-, Nutella-, and dulce de leche-filled empanadas, too.

First, let me say that Montana is severely lacking in Indian restaurants. While many people might consider Indian a typical cuisine to choose for take-out, not so in Montana – these restaurants are few and far between. That’s why we’re so appreciative of Masala.

Masala was a food truck before it became a brick-and-mortar restaurant, and like all the best restaurants in Missoula, it uses fresh, local ingredients. Their menu, featuring plenty of meat and vegetarian options, includes Indian staples like chana masala, butter chicken, and matar paneer. Masala’s offerings also change with the seasons to feature new innovative recipes and ingredients that can be freshly sourced from Montana’s bountiful countryside.

There are few meals we love more than a warm, crunchy falafel wrap. Those aren’t easy to come by in Montana, so we were pretty excited to discover this Greek diner on Missoula’s south side.

While Acropolis is best known for its lamb gyros, they have also a lot to please vegetarian diners: the aforementioned falafel wrap, freshly baked pita, hummus and baba ghanoush, spanakopita, and a pleasant surprise of feta fries. They may just be average French fries covered in feta cheese, but that cheese makes all the difference, and we left wondering why everyone isn’t putting feta on their fries.

Having spent several months in Thailand, we’ve admittedly gotten a little particular about our Thai food. Nothing in other countries seems to measure up to the fragrant green curries and delightfully chewy Pad See Ew noodles we came to love in Bangkok and Chiang Mai. But that doesn’t mean we don’t crave Thai food when we’re back in the States, so we were really excited to try Sa Wad Dee.

We happened to go in for lunch and found that their full menu and table service is only offered at dinner. At lunch, you order at the counter from a smaller menu consisting of seven or so prepared dishes. The lunch options change every day, but it looked like there are usually two vegetarian dishes.

We had panang curry and pad thai, two of our favorite Thai meals. They were clearly toned down for American tastes, but still had some of that familiar flavor to remind of us of the delicious food we’ve had during our travels. It’s also a good introduction to the world of Thai food and will leave you craving more.

We couldn’t help but laugh when we saw the photo of the former Thai king prominently displayed on the wall. That’s a solid indication of authenticity, as many restaurants in Thailand have the same portrait on display. We questioned, though, if most customers assume it’s a just photo of the owner’s father or grandfather.

We don’t go for traditional German food very often since it’s not too vegetarian-friendly, but Bavarian pretzels are an obvious exception. And we were excited to find quality pretzels at Missoula’s sole German restaurant, Edelweiss Bistro. It’s located in the most appropriate of places – tucked into Bayern Brewery, the only brewery in the Rockies to specialize in traditional Bavarian beer.

While the bistro is technically on the second floor of the brewery, it’s a lot more fun to eat in the pub downstairs. A huge window looks out over the brewing floor, and you can watch the workers adjusting equipment and moving kegs around.

We can’t speak to their other food, but Edelweiss’s Bavarian pretzels were a win. They come plain, topped with butter and chives, served with sausages, or our favorite, with a side of Obatzda – a creamy beer cheese spread made with onions and paprika. Yum. While other places to eat in Missoula are more vegetarian-friendly, Edelweiss takes the cake for best beer accompaniment.

Is it a stretch to use pizza as the representative for Italian restaurants in Missoula? Maybe, but that’s why we’re calling it a bonus. Besides, Biga definitely has the best pizza in town, and it deserves recognition here. They’ve got a massive brick oven behind the counter, and you can see (and taste) the difference it makes in quality.

Biga’s crusts are hand-tossed and strike just the right balance of wood-smoked crispiness on the outside and delicious chewiness on the inside. The toppings range from the typical (pepperoni) to the exotic (Hungarian mushroom with herbed mascarpone cheese). It may not be gourmet Italian cuisine, but Biga is one of Montana’s best pizza joints. If you’re in Missoula, I think you can call it a nice Italian meal and take your partner there for date night.

Click here for an interactive version of the map. 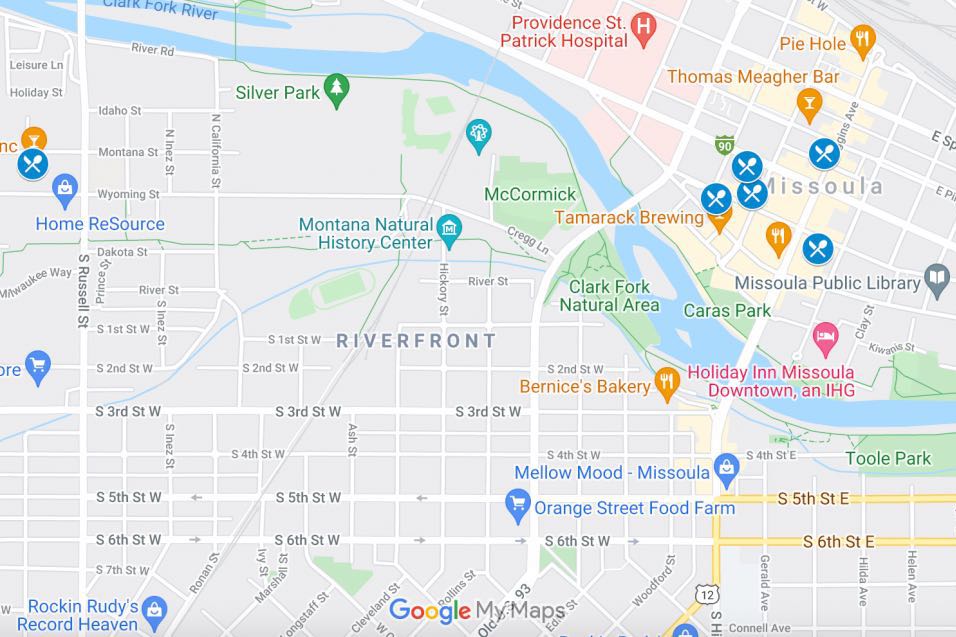 Did we miss your favorite Missoula restaurants? Let us know in the comments! 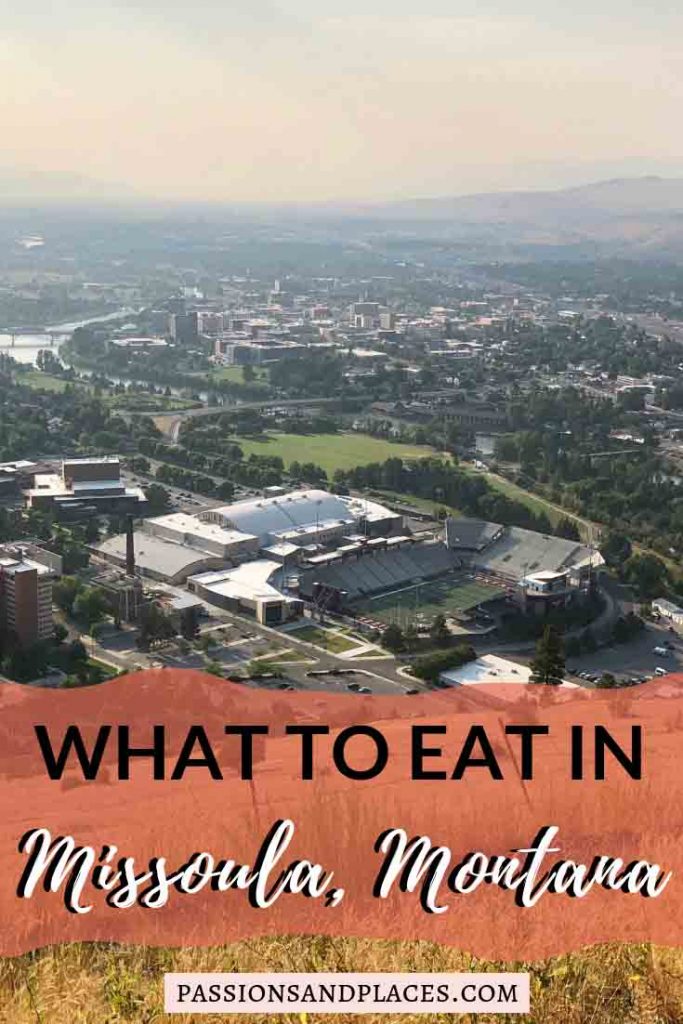 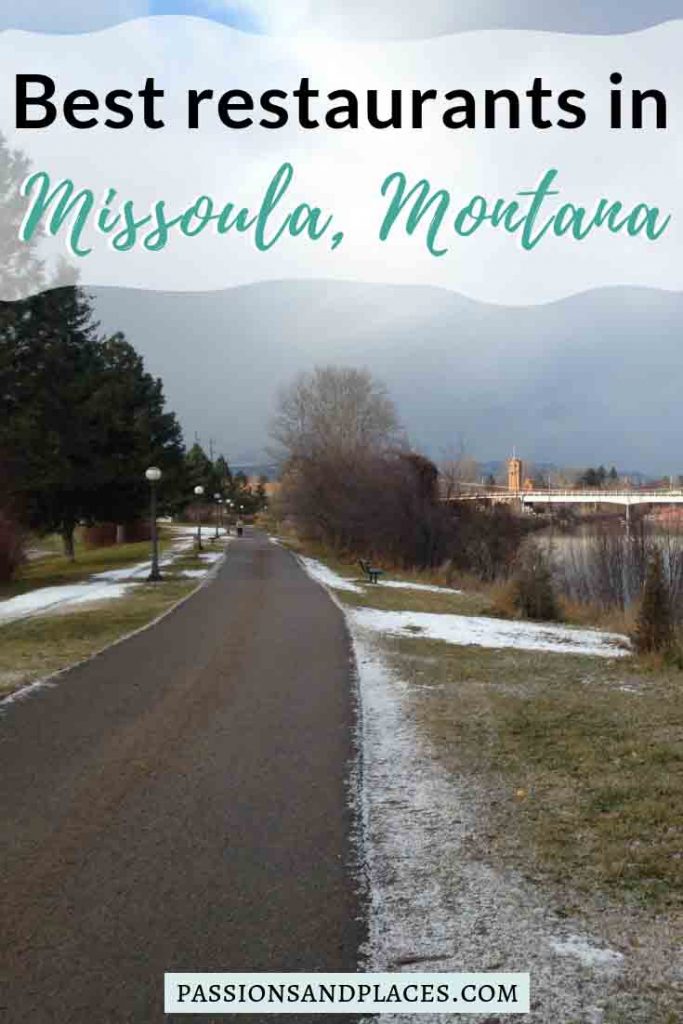