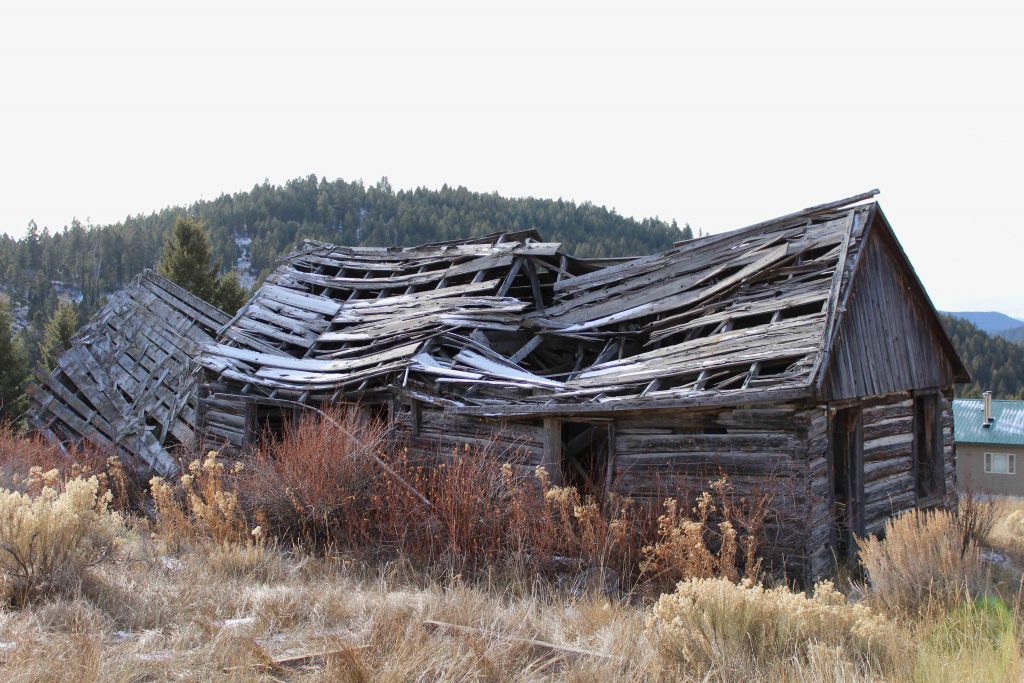 In the Old West, the mid- to late-1800s was a time of rapid expansion. Young men fresh from the horrors of America’s Civil War were eager to make their way to the country’s western frontier. They settled in states like Montana, Wyoming, and Nevada, looking to extract the wealth of the land (mainly gold, silver, timber, and coal).

Their settlements lived and died on the price of the resources being extracted from the hills. When the price dropped or mining was no longer economical, people moved on – leaving behind a piece of history. To this day, the mountains of our home state of Montana are dotted with the ghost towns of the era – a reminder of the boom-and-bust cycles that used to dominate the frontier.

The day after Thanksgiving is usually reserved for gratuitous consumerism here in the U.S., and Jen, my mother, and I wanted to avoid the crowded streets and sidewalks. So we set out on a hike to see the beauty of the ghost town of Elkhorn, Montana. Wandering among the buildings with my family, I noticed a few other families visiting, some with young children who seemed to enjoy learning about the historical significance of this place. 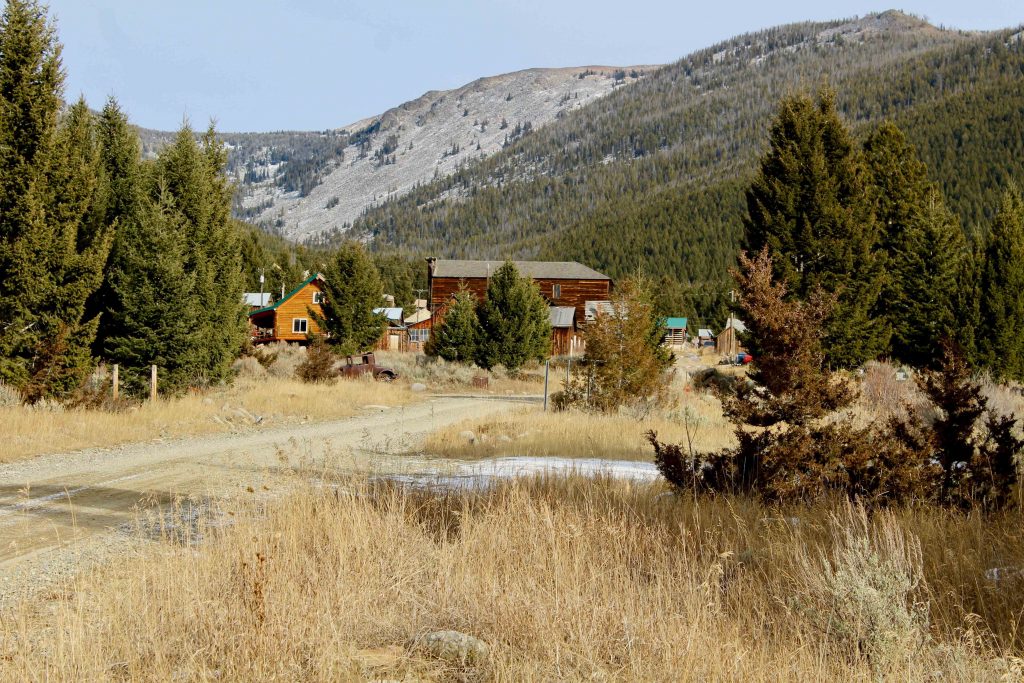 Elkhorn isn’t a touristy ghost town like you might find elsewhere in Montana (namely Virginia City, Bannack, and Garnet). There’s just a couple signs mapping out where some of the old buildings are and explaining the purpose they once served.

We were surprised to find that a few residents still live in Elkhorn, and most of the town is private property. The locals we encountered seem to enjoy seeing tourists come to learn about their town’s history, and some are friendly enough to give a personal account of what it’s like to live there. 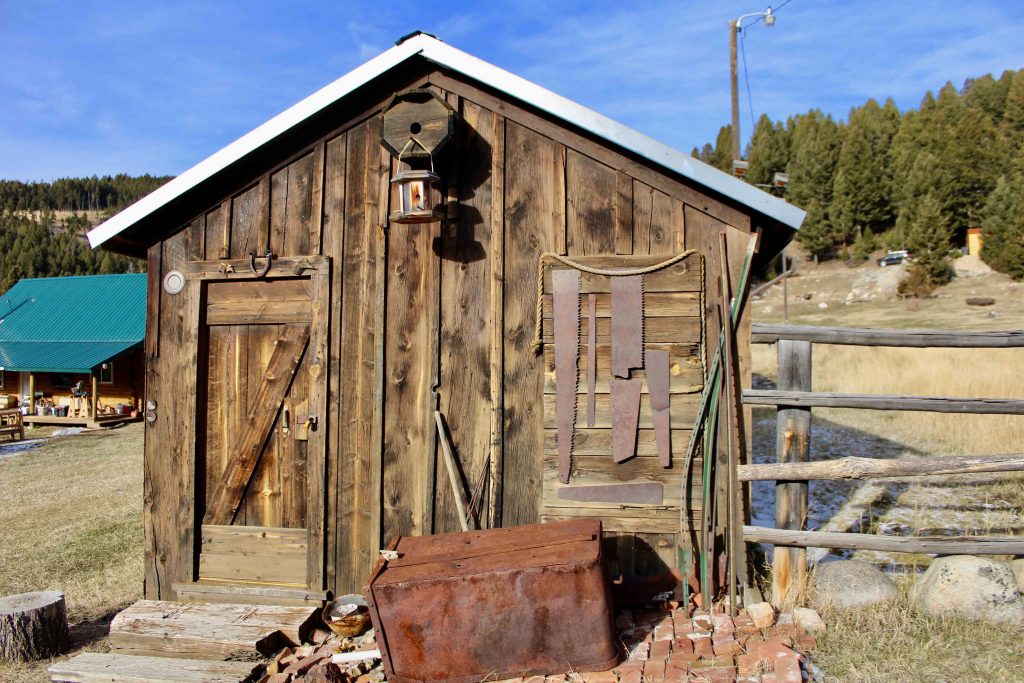 One aspect that set Elkhorn apart from other mining camps of the day was how family-friendly it was. Most frontier towns built on resource extraction were populated exclusively by single men who came to work in the mines.

But Elkhorn attracted families, mostly recent immigrants from Europe. Instead of bars and brothels, Elkhorn had a two-lane bowling alley, a school, and a number of stores. The families made Elkhorn their home, with the intention to stay for the long haul. During periods when the mine didn’t provide the men with enough income, they set out into the forests to cut timber. 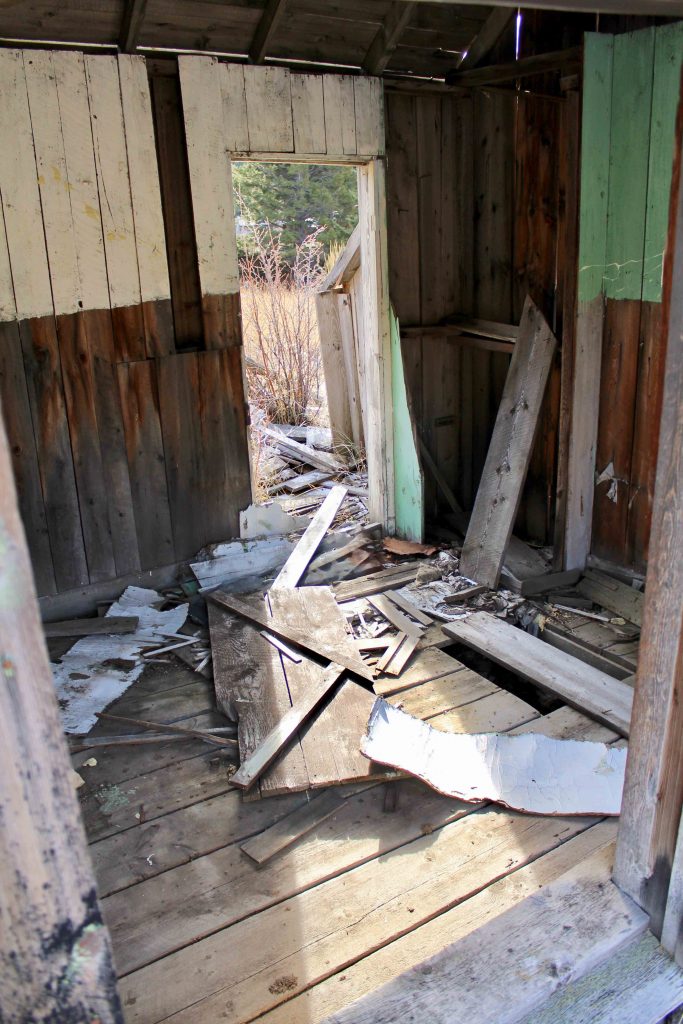 Fraternity Hall and Gillian Hall are the best-preserved buildings in town, and together make up Montana’s smallest state park. These two buildings were at one time the center of town life. Fraternity Hall’s downstairs was a place for social gatherings like dances and concerts, while the upstairs was used for meetings. Gillian Hall served as a store, saloon, and, prior to the construction of Fraternity Hall, a dancehall. 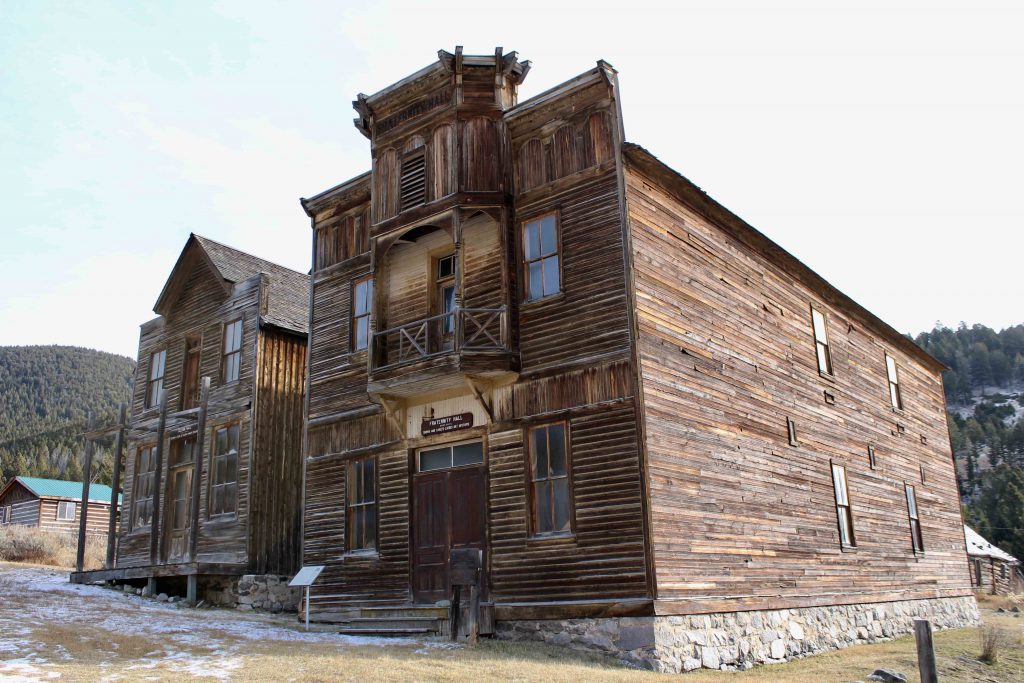 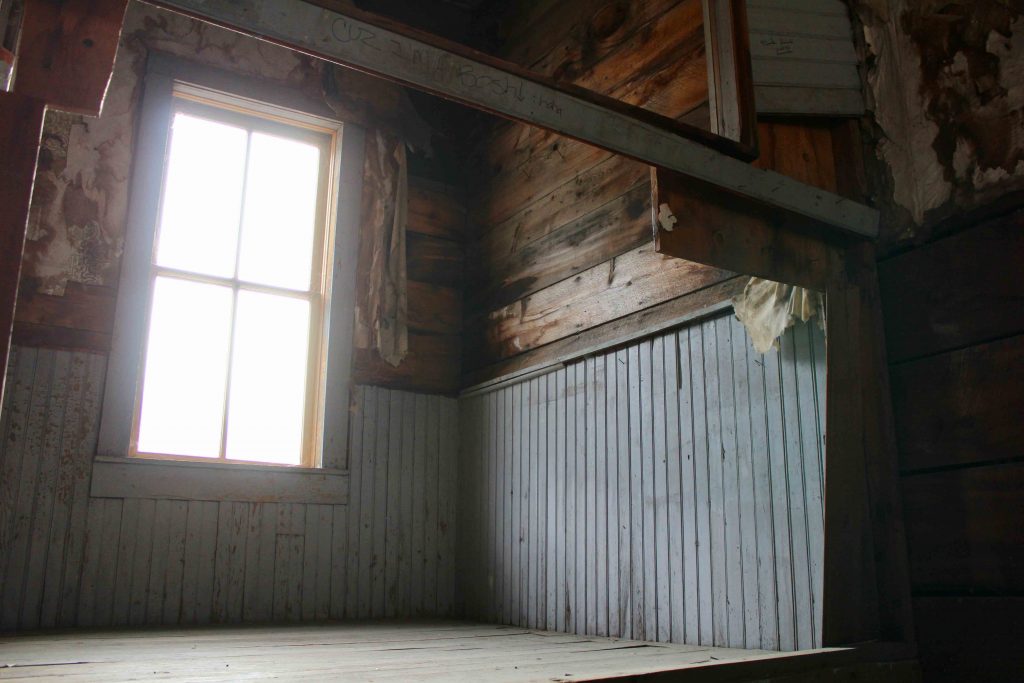 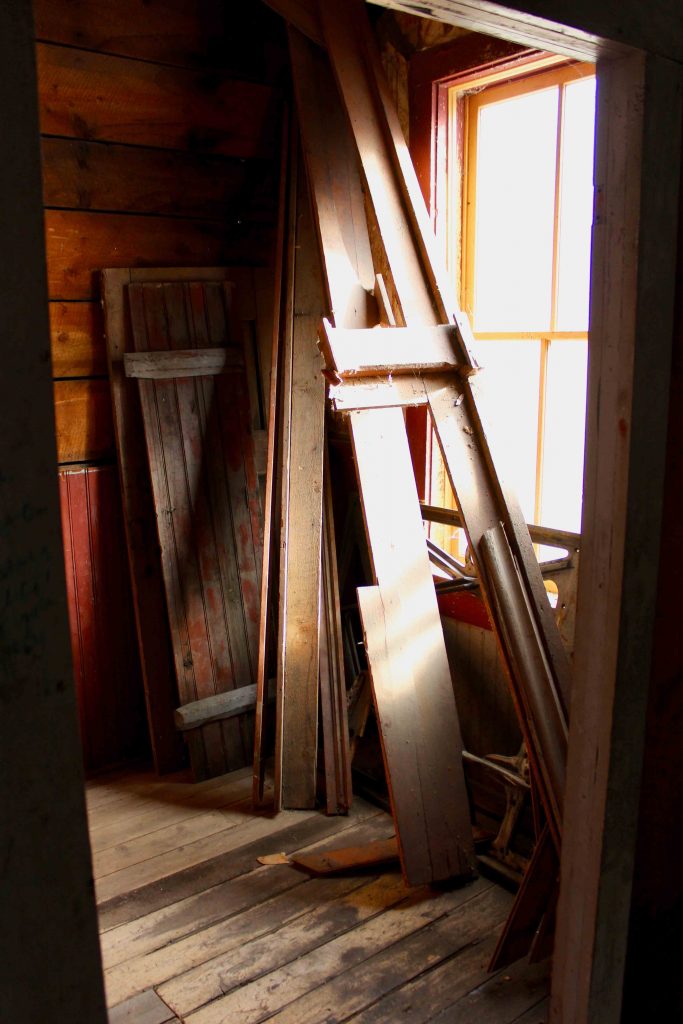 Walking the streets of Elkhorn definitely makes you think about the lifestyles of those who lived here before. They came here hoping for the freedom to make a better life, thinking they could make a living in the wide-open spaces of Montana.

Through backbreaking work, some did make enough to get by, but many also experienced great hardship. Residents lived a life of isolation here, a couple days by horse from Helena, the closest town with over 10,000 people at the time. 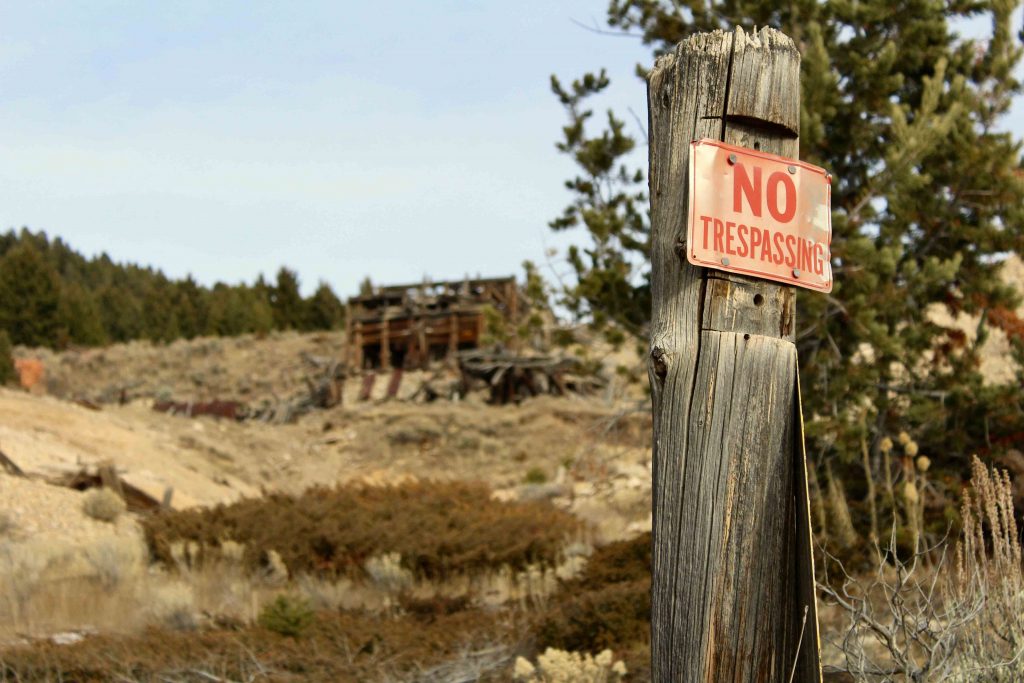 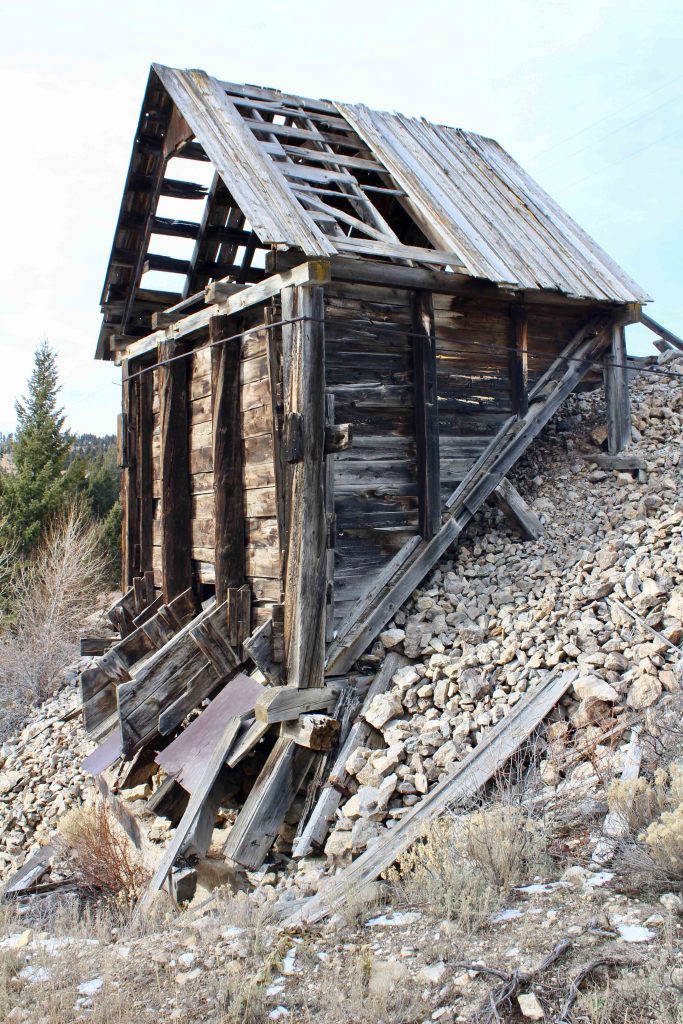 How Elkhorn Became a Ghost Town

In 1888 and 1889, the town was hit with an epidemic of diphtheria. Children and the elderly are particularly susceptible to the disease, and its death rate at the time was 20%. The epidemic devastated the small town and, in combination with low silver prices, led to its demise at the turn of the century. The town cemetery, a mile up the mountain, tells this grim story. 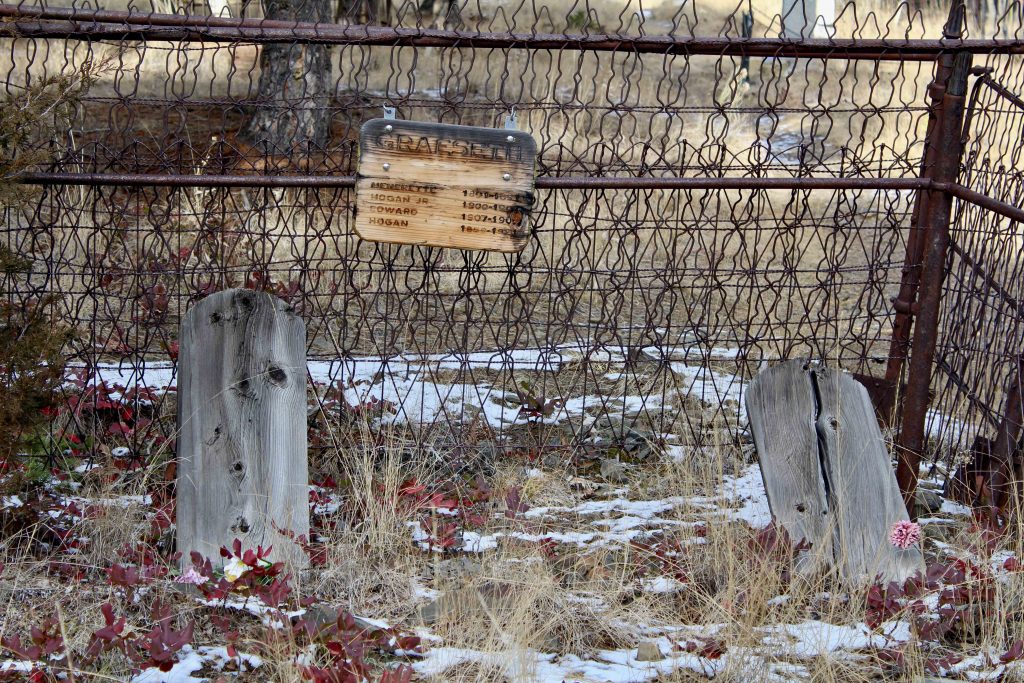 Elkhorn is located 18 miles northwest of Boulder, MT, and 47 miles southeast of Helena. The roads are good enough for any vehicle to access the town, though the road up to the cemetery is narrow and less well-maintained.

Have you been to Elkorn, or any other Montana ghost towns? 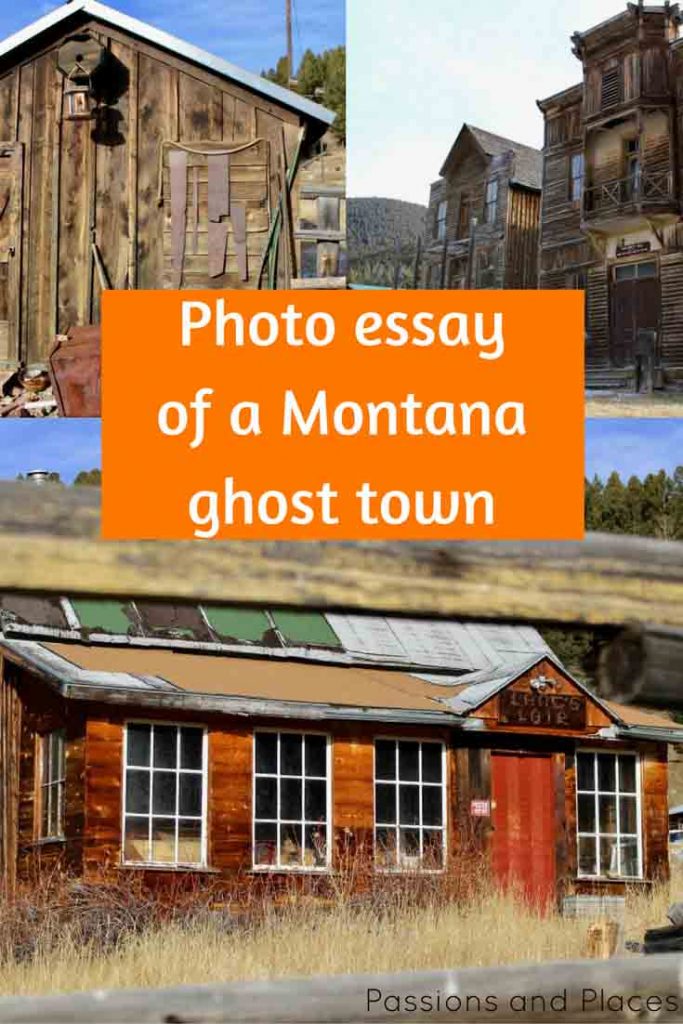 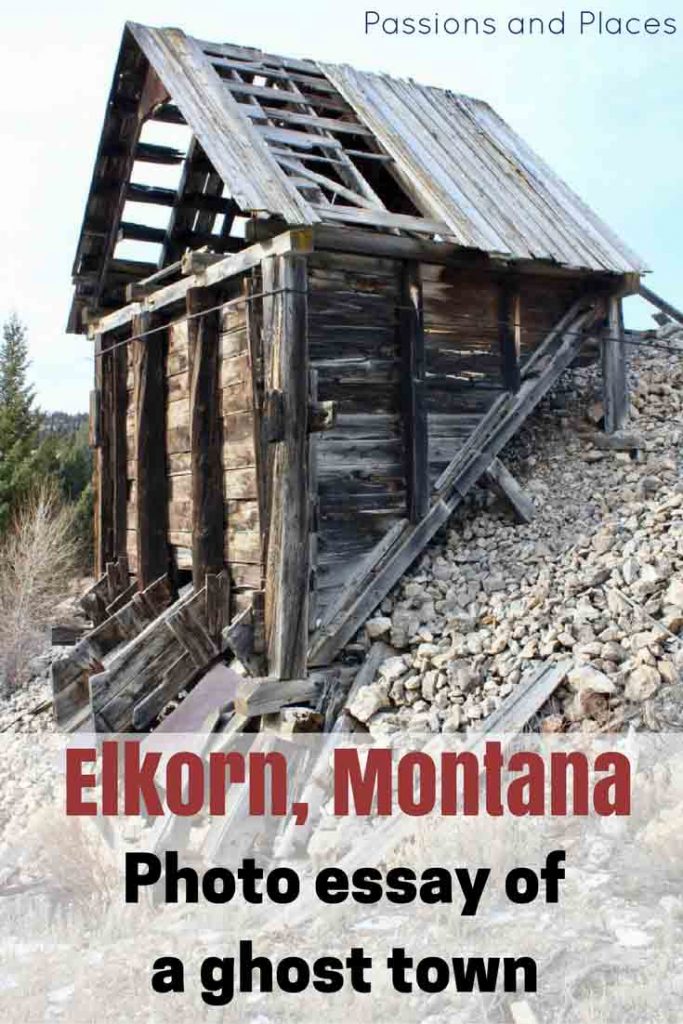