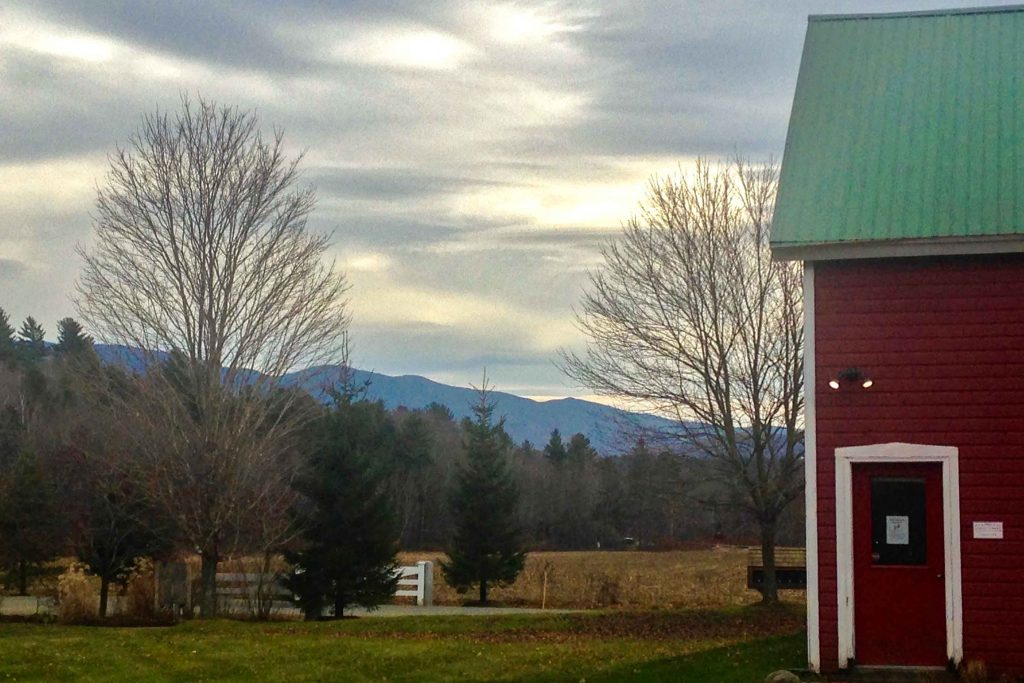 While we were living in Boston, the beautiful state of Vermont quickly became our preferred weekend getaway, with its pristine landscapes and abundance of outdoor activities during all four seasons.

But we also discovered a number of interesting Vermont-based companies you can visit and tour, most of which have a strong commitment to sustainable practices and giving back. Next time you’re in the area, hit up one or two to get a taste of Vermonters’ local pride – and some of the great products coming out of the state.

Yes, that Ben & Jerry’s is probably the best-known company in Vermont and the most popular one to visit.

The company began in 1979, when two friends enrolled in a $5 correspondence course on making ice cream and opened an ice cream parlor in a renovated gas station in Burlington. Today, the Ben & Jerry’s factory in Waterbury produces over 250,000 pints of ice cream per day.

Though recently sold to a large corporation, it’s a certified B Corp and still exemplifies Vermont values through its business practices and the Ben & Jerry’s Foundation. Their ice cream may be terrible for you, but at least it’s not bad for the environment!

The factory tours at Ben & Jerry’s start with a short video on the company’s history and then take you through the facility, explaining the ice cream-making process from cow to carton and offering a look down onto the production floor.

And there are samples of ice cream, of course! If the sample only whets your appetite for more, you can grab a full scoop afterwards, or pick up some merchandise in the gift shop.

After the tour, you can also head out to the Flavor Graveyard, where tombstones denote discontinued ice cream flavors from the company’s past. And some of them might make you wonder what Ben and Jerry were thinking.

Were they surprised when plum ice cream with caramel didn’t sell well? On the other hand, I don’t see any reason to have stopped making sweet cream ice cream with fudge dinosaurs.

To make the experience a little less gluttonous, a local outdoors company runs snowshoeing tours that go through the nearby woodlands and end at the factory just in time for a tour.

Tours: 30-minute tours run every day, and tickets are sold on a first-come, first-served basis. $4.

Cabot Creamery is another Vermont staple, and it’s just as committed to local sourcing and sustainability.

The company is actually a cooperative, started in 1919 when 94 dairy farmers paid $5 per cow to join. Now, it’s owned by the 1,200 dairy farms in the Northeast that provide the milk that goes into Cabot cheese. And these aren’t factory farms – they’re family-run pastures where the land is conserved and the cows live healthy, happy, stress-free lives (which also means better cheese!).

Cabot also employs a host of sustainability initiatives that save water, conserve energy, and use alternative power sources, and it’s probably no surprise they were the first dairy co-op to become a certified B Corp. Oh, and they literally make the best cheese in the world (yes, the World Championship Cheese Contest is a thing, and Cabot wins awards almost every year).

Tours at the Cabot Visitors Center include a short film on the company’s history, an overview of the cheese-making process, and a peek into the production facilities. The tours end with samples of probably a dozen different varieties of cheese.

The Seriously Sharp Cheddar is what Cabot’s known for, but the tour is a good chance to try some less common options, like the jalapeño- or garlic-infused cheeses or their Private Reserve, which comes wrapped in wax. After you’ve chosen your favorite, you can pick up a block from the shop, which also sells milk, yogurt, and other merchandise.

Tours: 45-minute tours run every day, and tickets are sold on a first-come, first-served basis. $3.

You didn’t think we’d suggest cheese without wine, right? Vermont’s wine industry is small but growing – in fact, if you visit ten of the state’s wineries, you can enter to win a prize. It’s also one of the few places that can produce ice wine, a unique dessert wine made from grapes that froze while on the vine before being harvested. 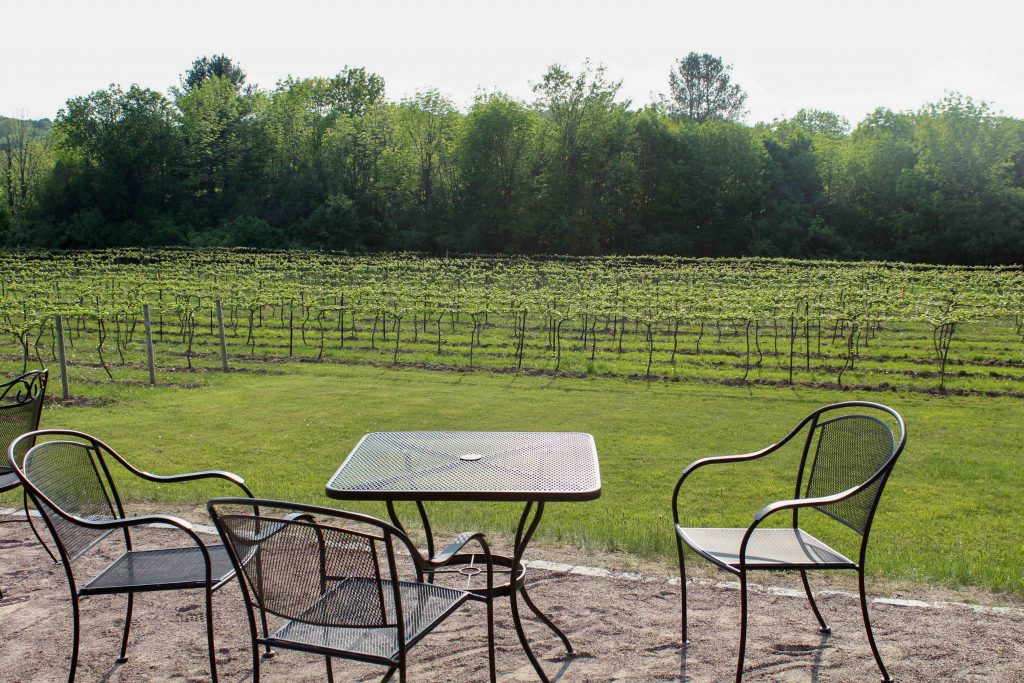 Shelburne Vineyard is conveniently located right outside of Burlington and offers short tours of their vineyards and LEED-designed winery building. Afterwards (or before, or both), you can visit the tasting room to sample the wines currently being produced.

If you want something to complement the wine, chocolate and cheese pairings are available, too. The vineyard also hosts regular concerts and other events.

Shelburne’s wines are available for purchase on their website – but alcohol can only be shipped to certain states. If you’re not in one of them, you can always order their cookbook, which features seasonal recipes and suggested wine pairings.

Tours: The tasting room is open every day, and tours run in the afternoon, every day from May to October and Saturdays only from November to April. Free.

You can easily drive from Burlington to this vineyard on Grand Isle in the middle of Lake Champlain – but cycling there on the Island Line Trail makes it much more rewarding. Snow Farm doesn’t have tours, but the island setting makes it worth a visit. 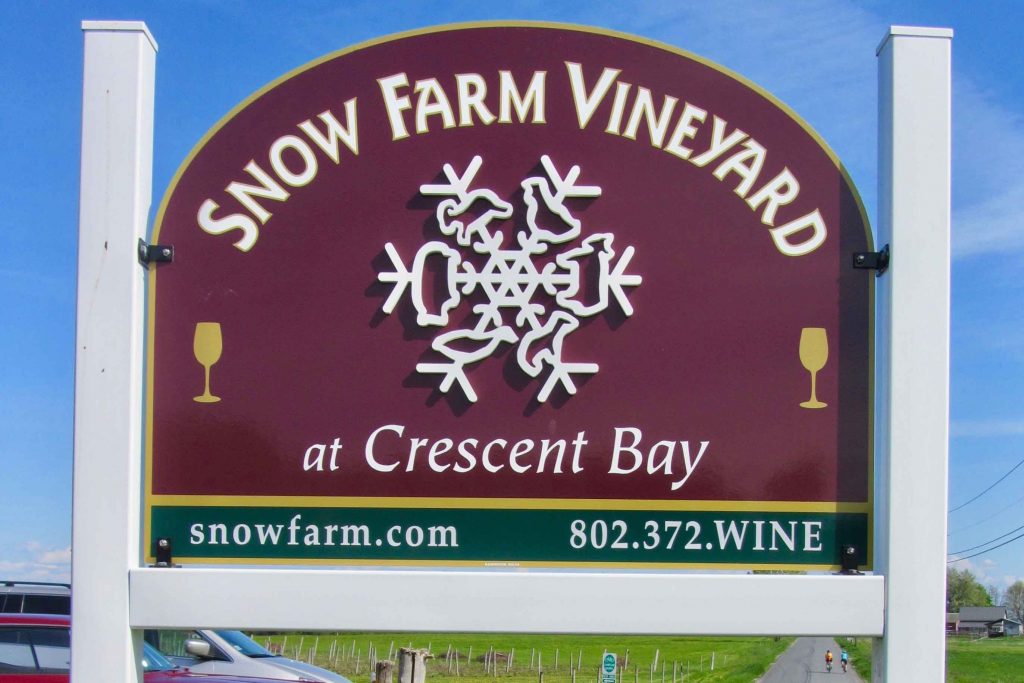 Their tasting room serves up samples of the wines being produced, as well as local cheeses and other snacks. The vineyard also hosts live music in the winter and outdoor concerts in the summer.

Tours: None, but the tasting room is open every day.

The mill was founded in 1974 by a Vermont farmer who happened to come across an old-fashioned cider press and started using it to make cider for friends. Today, they’re still making cider with a traditional rack and cloth press from the 1920s.

There aren’t any official tours at Cold Hollow, but it’s a popular place to visit and do a self-guided tour. You can walk through the facility and see the cider press in action, watch a short video about the production process, taste samples of freshly pressed cider, and watch cider donuts being made. The mill also produces honey, and you can see their hive of bees buzzing about behind a glass pane.

There’s also a bakery on site selling the famed cider donuts, as well as apple pies and other desserts. The large gift shop, which always has samples, sells all sorts of apple- and cider-related products made by Cold Hollow, plus foods and other products from dozens of Vermont companies.

After you’ve strolled through the mill’s facilities, you can grab a bite to eat at their Luncheonette, where the salads and sandwiches are made from organic produce, all-natural meat, and other local ingredients, or sample Cold Hollow’s hard cider in the tasting room.

Tours: The mill is open for self-guided tours every day. Free.

The company started in 1983, making chocolate truffles with local honey and maple syrup. Today, their products are all kosher and mostly fair-trade, and there are vegan chocolates, too.

The factory tour is more of a presentation that takes place with a view of the production room. Though there’s not a huge facility to walk through, you still get to see the production process in action and learn all about how chocolate is made – and enjoy some samples of course. There aren’t any tours on the weekend, but there are guided tastings, plus you can peek into the production room on a self-guided tour any time.

Tours: 30-minute tours run Monday-Friday (not offered Dec. 5-25), and tastings are offered Saturday-Sunday. Self-guided tours are allowed every day (as long as any time there’s not another event going on). All free.

This tour is a little different from the others, but no Sound of Music fan (or World War II buff) should miss it.

Remember how Maria, the Captain, and the seven children leave Germany and go to Vermont at the end of the movie? Well, the real-life von Trapps ended up in Stowe and opened this very hotel. While rooms are pricey, the hotel is open to the public to visit anytime or take one of the weekly “Von Trapp Family History Talk” tours. 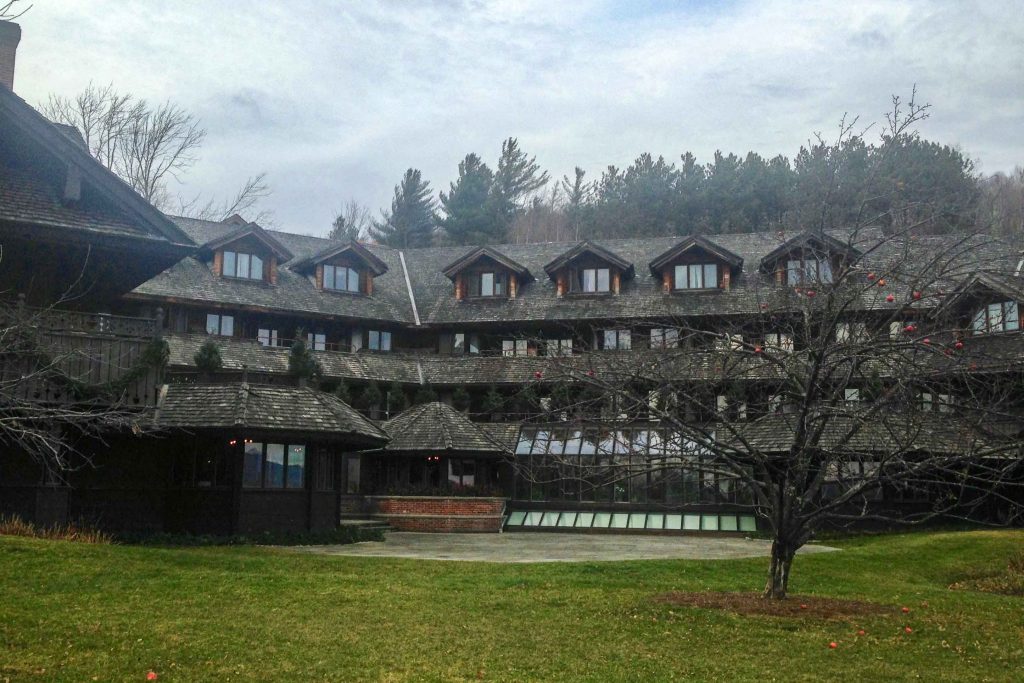 During the tour, the guide tells the family’s real history, explaining the liberties taken in the movie, and a short film discusses the (real) life of Maria. The tour also visits the small cemetery behind the hotel, where many members of the family are buried.

The von Trapp grandchildren who still live in the area often participate in the tours as well, sharing their own experiences – both as part of the famous family and as farmers living in rural Vermont. 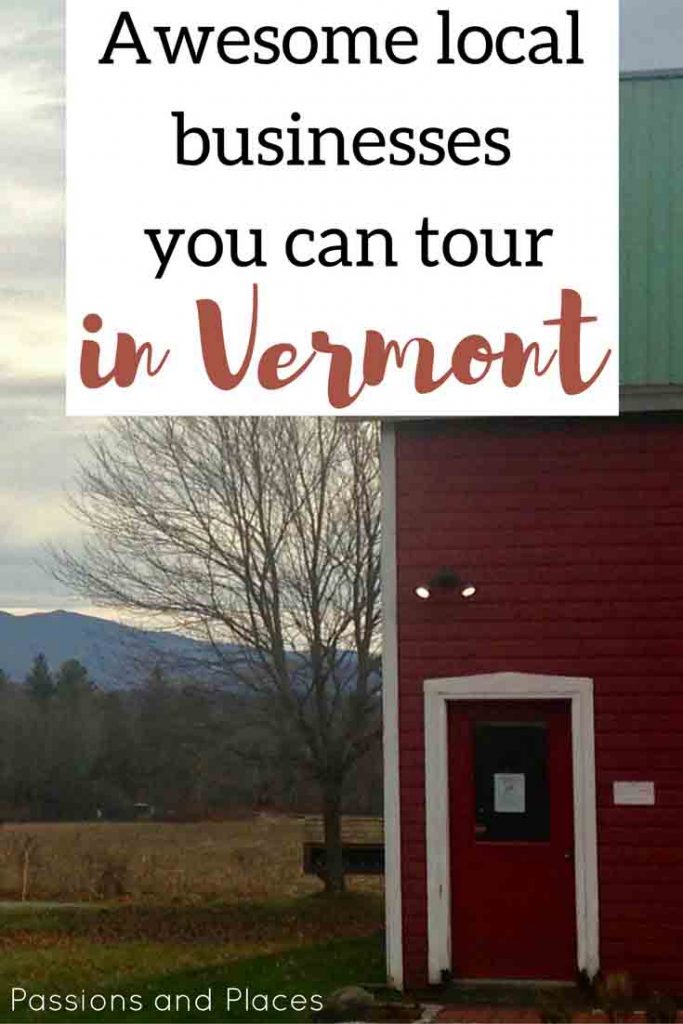 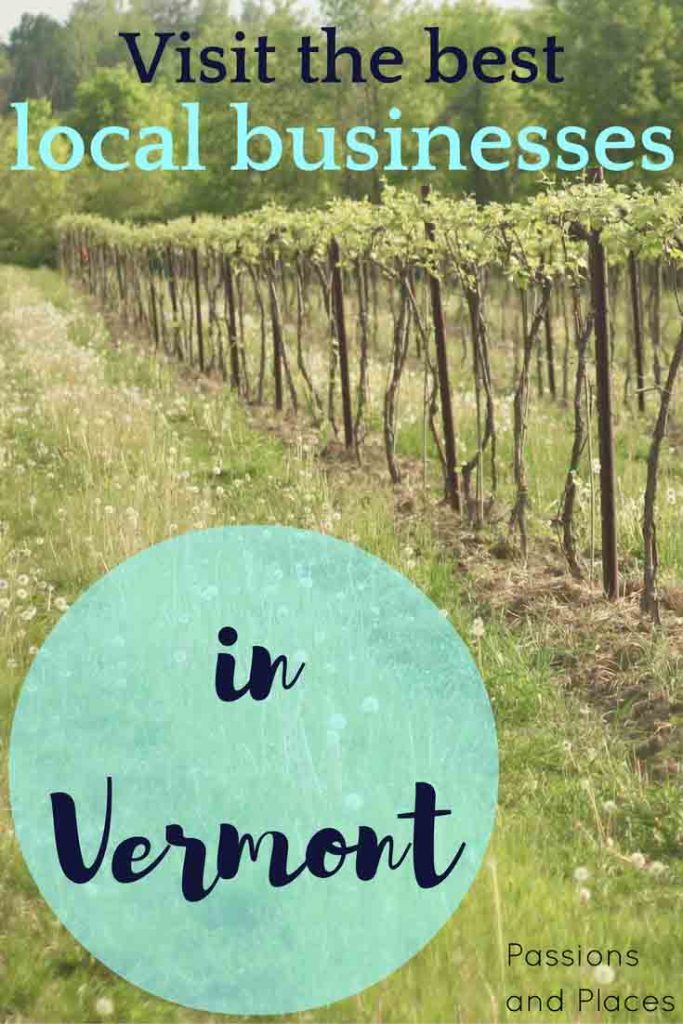