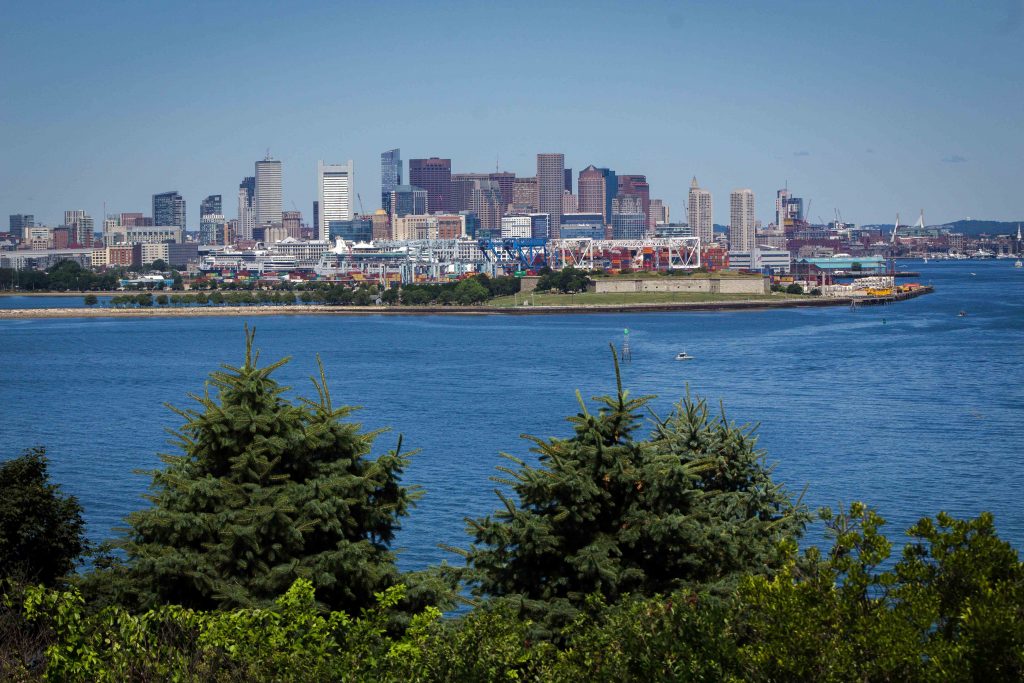 Back in the 1980s, Boston Harbor was one of America’s dirtiest. Raw sewage was routinely released directly into the water, just outside the shores of the city’s idyllic North End.

Fortunately, the Clean Water Act put an end to this, leading to the construction of the Deer Island Sewage Plant (with its iconic egg-shaped buildings that are visible when flying into Logan Airport) and a 10-mile-long pipe to send the treated waste out to the faster-moving water of Massachusetts Bay.

These cleanup efforts have made Boston Harbor, with its islands rich in history, a premier kayaking destination, and one that’s ripe for exploration.

Boston Harbor is loosely divided into the inner harbor, historically the city’s main port, and the outer harbor, which is more difficult to reach and characterized by rockier islands. The inner harbor contains more historical sites and calmer waters, but the outer islands offer privacy and untouched landscapes.

To kayak the Boston Harbor Islands, there are three main put-in points: South Boston, Deer Island, and Hull. In South Boston, the best place to start is at Carson Beach, which has a parking lot.

In theory, you can rent a kayak or stand-up paddleboard from Boating in Boston there, but the liability agreement prohibits taking the boats into open water. It may not be strictly enforced, but that’s the rule. (Of course, that’s not a concern if you have your own folding kayak that can be easily transported through the city!)

The Deer Island and Hull (Pemberton Point) locations are farther from the city, but both have free parking–plus the advantage that they’re a much shorter paddle to the islands of the outer harbor.

Let me be clear: the harbor is not a place to learn how to sea kayak. It’s a busy waterway filled with cargo ships, yachts, and fast-moving ferries. In strong winds, the waves can become significant and would be a struggle for beginner and even intermediate kayakers.

That said, the harbor is full of interesting islands that can be enjoyed, with a bit of planning, by anyone with some sea kayaking experience. 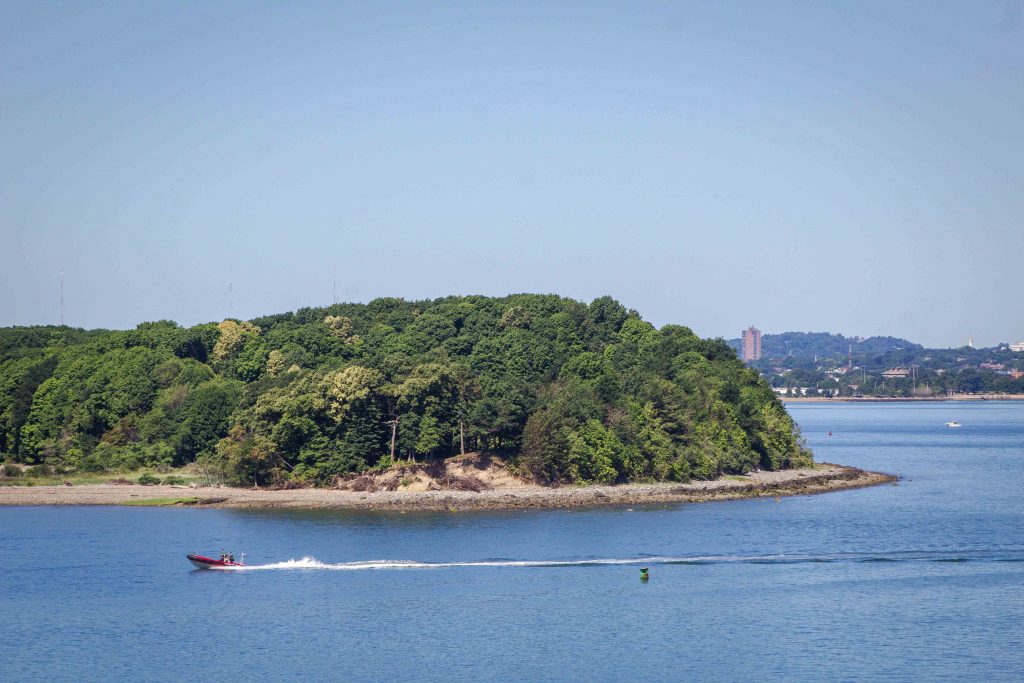 Assuming you leave from South Boston, the first stop on a tour of the inner harbor is Thompson Island – home to Boston’s Outward Bound program. It’s one of the most developed islands, with dormitories, classrooms, a conference center, and obstacle course equipment set up for the program.

You can hike the miles of trails on the island and relax on its beautiful beaches when it’s open to visitors (weekends from Memorial Day to Labor Day). There are no public bathroom facilities or places to buy water, though, so plan accordingly.

The next stop is Spectacle Island, a hundred acres of parkland and a great place for a picnic or a run on its five miles of trails. With lush green hills and amazing views of downtown Boston, you’d never guess the island’s past. In the 1800s, it had two hotels – and the remote location made them prime spots for gambling and prostitution, until they were eventually shut down.

In later years, a horse rendering plant was built, followed by a trash incinerator. Following this trend, the island was used as a garbage dump between the 1930s and 1960s, and the site was then left to rot for another thirty years.

Spectacle island got a much-needed makeover starting in 1996 during the Big Dig project, when dirt excavated from the tunnels dug in Boston was used to cover up the trash heap. It’s amazing to see how a place with such a sordid past has been converted into a beautiful landscape.

For kayakers, it’s a great stopping place to get out and stretch your legs or just hang out on the gravel beaches. 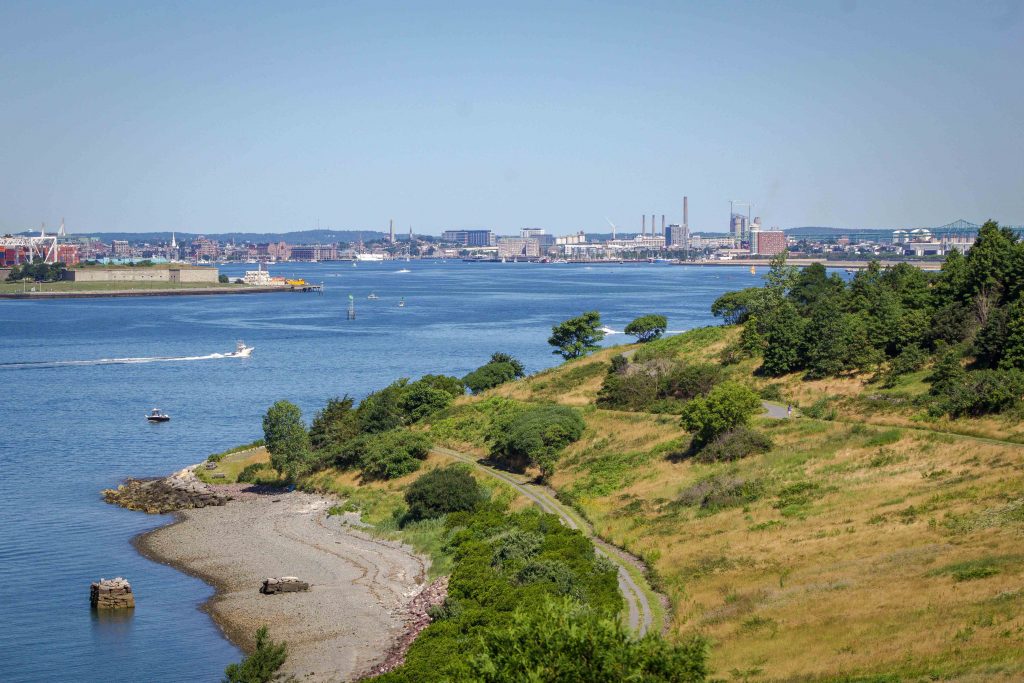 Tourist season on Spectacle Island lasts from May to October, when a ferry operates from Long Wharf in Boston ($17 round-trip). There’s a café during those months and free yoga classes on Saturdays, as well as bathrooms and beach showers that are open to the public, but it can get a bit crowded. Visiting at other times of year means fewer amenities, but you’ll likely have the place to yourself. 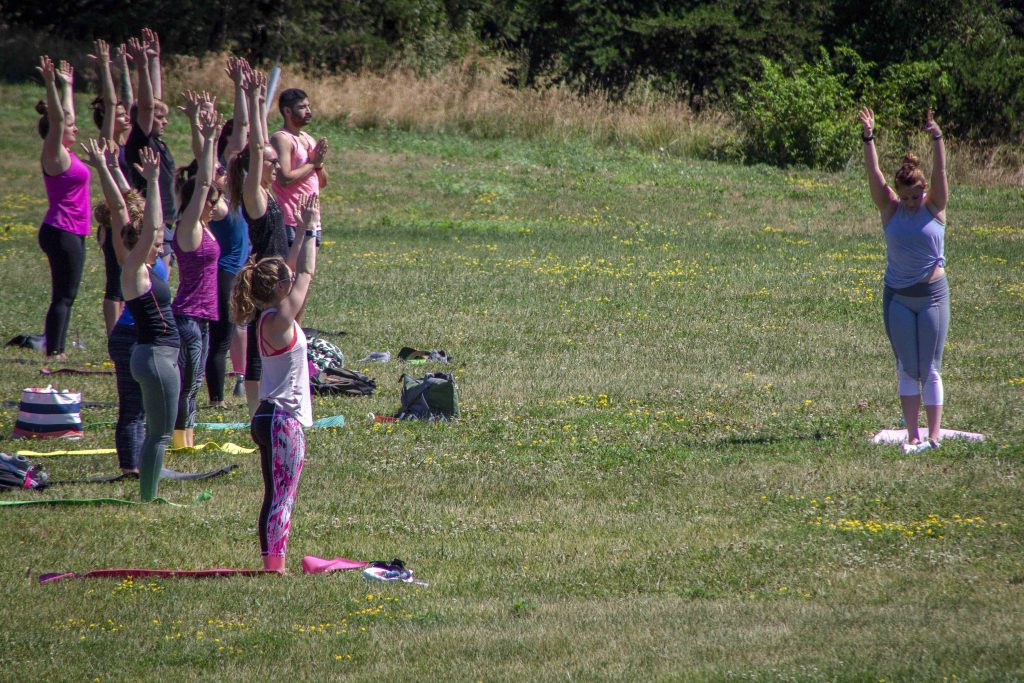 Long Island, officially off-limits to the public, had also many uses over the years: military fort, homeless shelter, Boys and Girls Club camp, and substance abuse recovery center. It was also a source of inspiration for the movie Shutter Island, which was actually shot on Peddocks Island (see below) farther out in the harbor (though a Dropkick Murphy video was filmed in one of its abandoned buildings).

Previously, Long Island could be accessed via a large steel bridge jutting out from a neighboring island, but it was condemned and then removed last year. While you can’t disembark onto the island, many of the structures built for its various uses can be seen from the water, giving another glimpse of Boston’s past.

Lovell’s Island is perhaps my favorite island in all of Boston Harbor because it’s so untouched. And, as is the case with almost all of the harbor islands, it has quite a bit of history.

It’s the site of Fort Standish, a turn-of-the-century series of gun emplacements that have been left to nature (unlike their counterpart, Fort Warren, on George’s Island). You can take one of the trails on the island to hike past these historic sites and do a little urban exploration of the fort. 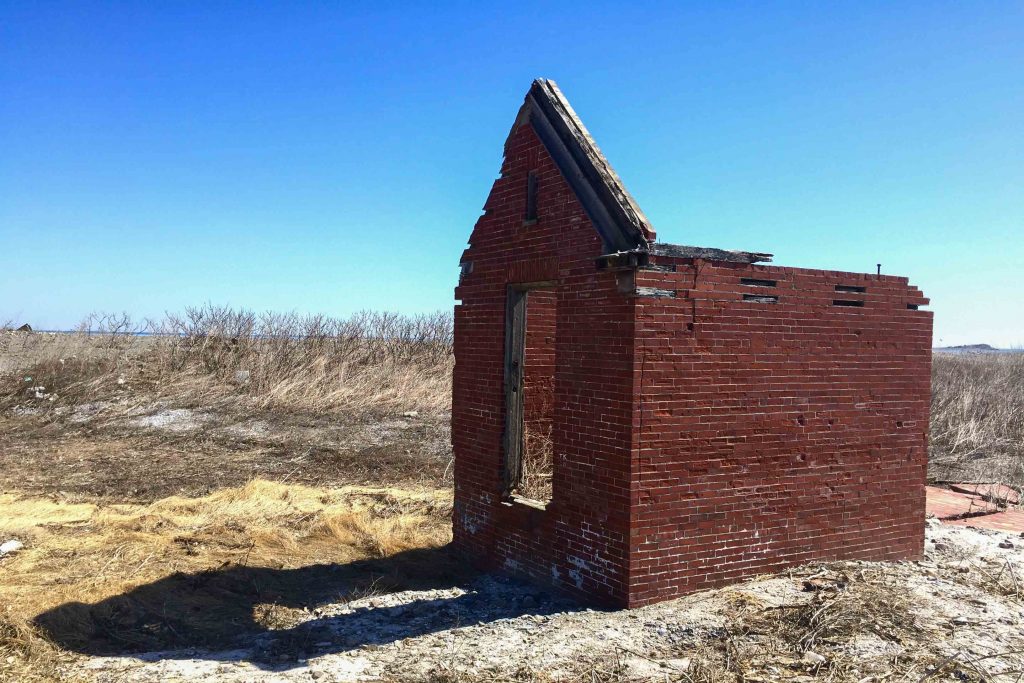 In addition to its history, Lovell’s Island has a few backcountry campsites (book one here), each with their own composting toilets. However, there’s no drinking water available on the island, so be sure to bring enough for your stay.

Rainsford Island doesn’t have too much to offer, as it’s only 11 acres, and half of it has very little tree cover. However, there’s some interesting history to be explored; just open the mailbox at the central beach to find historical reading materials and old photos.

The island served as a quarantine hospital and a boy’s reform school from the early 1700s until 1925. Unlike on the other islands, though, only the foundations of these buildings remain. 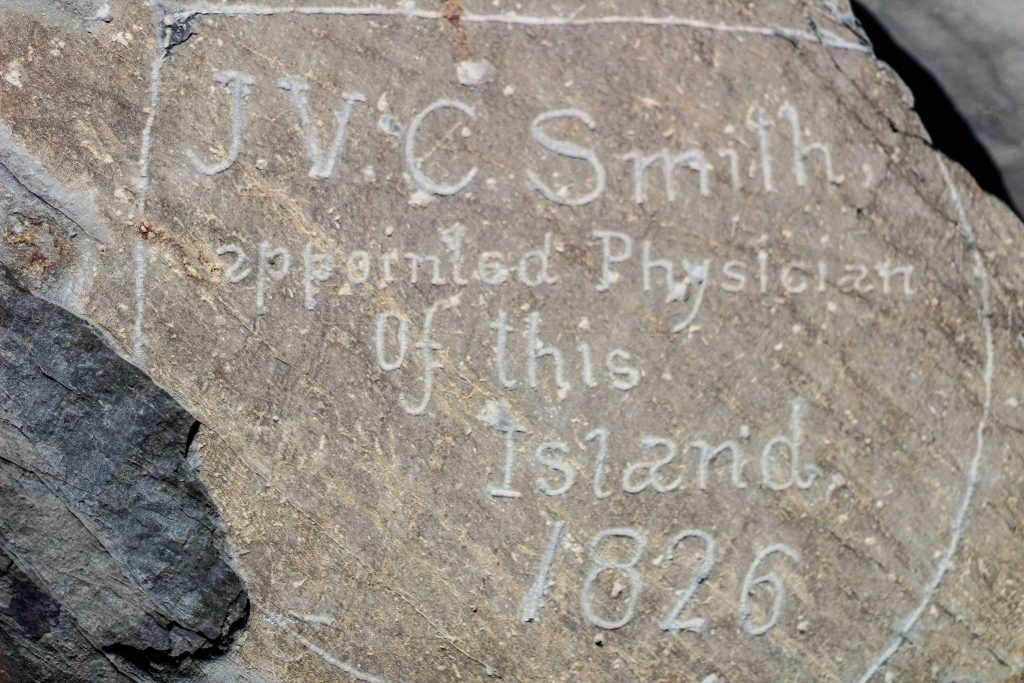 There are no ferry connections to Rainsford Island, and it’s now used mostly by boat owners who want to escape the crowds of the other islands. But the large beach firepit and improvised seating around it suggest it’s a common party spot.

Peddocks Island is one of the largest in the harbor and possibly the most interesting, both for its historical significance and its camping and hiking options. The island’s most striking feature is Fort Andrews, a military facility build in the early 20th century to guard the harbor and house prisoners of war during both world wars.

Although some of Fort Andrew’s buildings are still standing, most have been boarded up and are closed to the public. However, negotiations are underway to restore the buildings that have the most potential for tourism.

Hidden among the military facilities on Peddocks Island is a series of yurts that can house up to six campers ($55/night for MA residents, $60 for non-residents). These yurts are in high demand, though, so reserve them as early as possible. 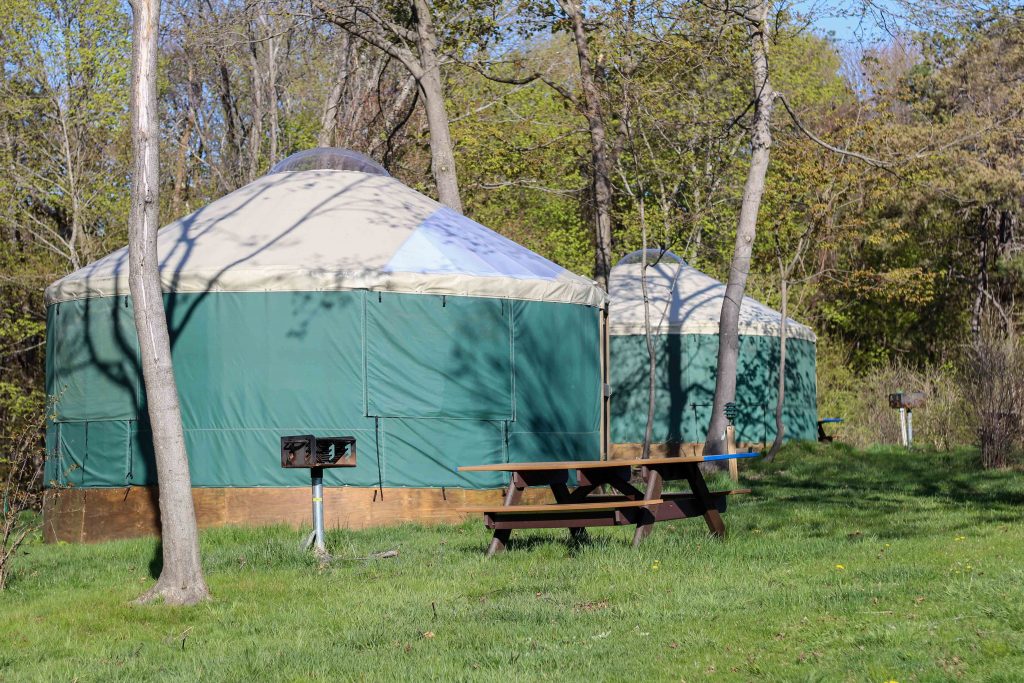 Following the trails out to the eastern part of the island leads to a series of summer cottages that have been used by vacationers from Boston and, before that, by Portuguese fisherman. While some are occupied, others have fallen into disrepair and are slated for demolition if owners cannot strike a deal with the state.

Those familiar with the Boston Harbor may have noticed that I’ve left off George’s Island, the most popular destination in the harbor. Given the amount of tourism on the island, it would be better to visit using the ferry system, and information on what to do there is readily available from the Boston Harbor Islands website.

The outer harbor lies beyond the protective guard of the Deer Island and Hull peninsulas, so the water is quite a bit rougher, which also means it has less going on in terms of maritime history.

Another issue? The birds that make their home on the outer islands can be very aggressive during their nesting season (April-August), particularly on Green Island and Calf Island.

When I paddled near Green Island, my kayak was dive-bombed by a flock of birds that were not happy I was there. Disembarking onto the islands is strongly discouraged by wildlife officials – for the protection of both the birds and the visitors.

Despite all of this, a few points of interest still make visiting the outer harbor worthwhile. The 100-foot-tall hill on Greater Brewster Island boasts some of the best views of the harbor region, and Little Brewster Island is home to Boston Light, the oldest continually lit lighthouse in the U.S (dating back to 1716). Access is restricted, but tours of the lighthouse and the island can be arranged. 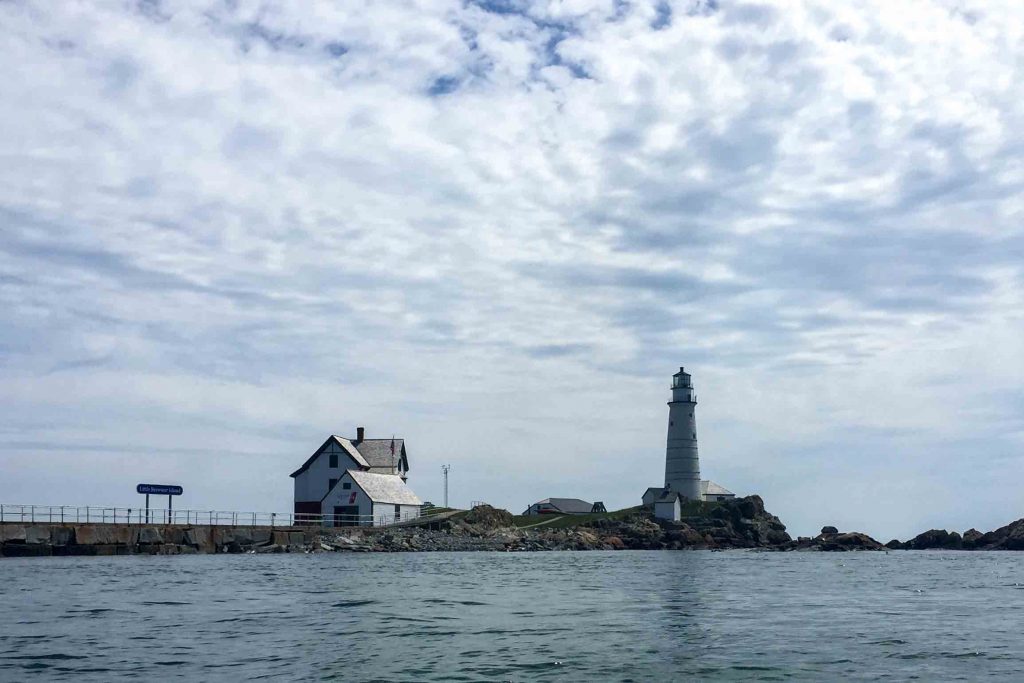 The final stop on a tour of the harbor islands is Graves, home to the Graves Lighthouse. Graves is more of a collection of rocks jutting out of the ocean than an actual island, making the lighthouse an even more spectacular sight.

The lighthouse was auctioned off in 2013 and bought by a Boston-area family, who’s spending a fortune restoring it. As of now, it’s closed to the public, and it’s extremely unsafe to approach the rocky outcroppings around the lighthouse. But, it will hopefully open to visitors sometime in the future. 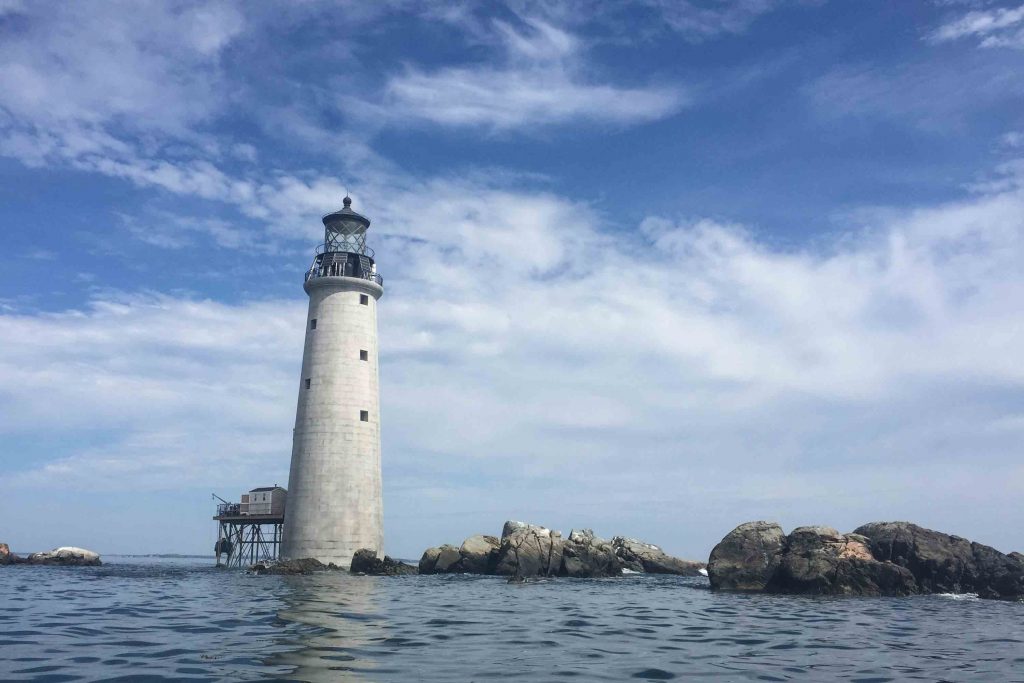 Kayaking Boston Harbor is a fun way to get that away-from-it-all feeling without having to go all that far. I should emphasize again that it’s only appropriate for people with sea kayaking experience – but if that’s you, it’s a must-do adventure in Boston. 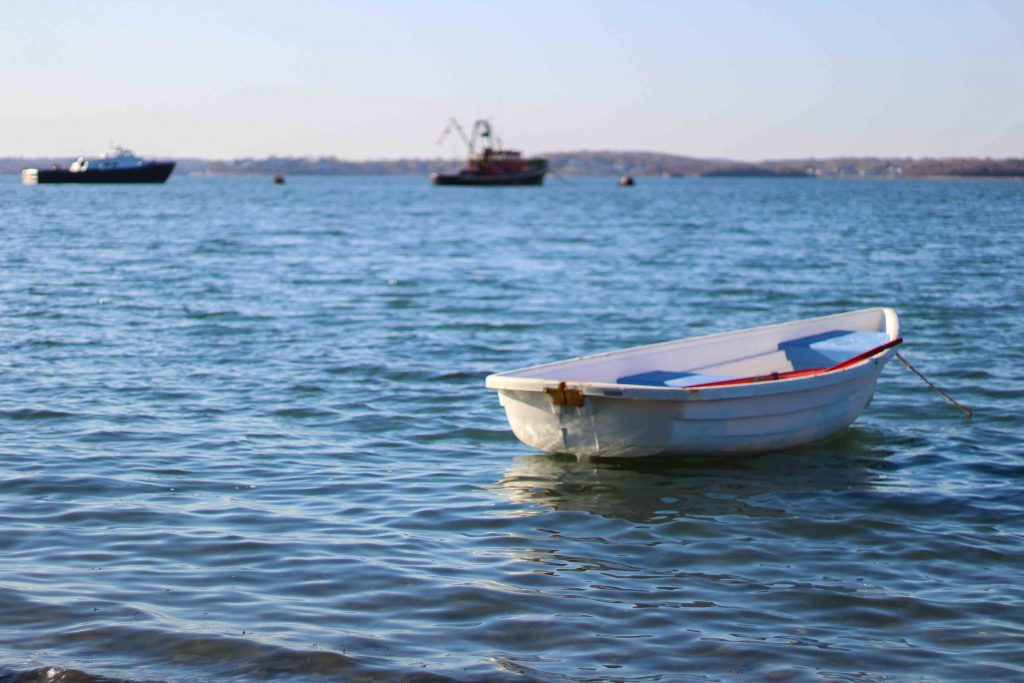 Have you been kayaking in Boston Harbor? Tell us about it in the comments! 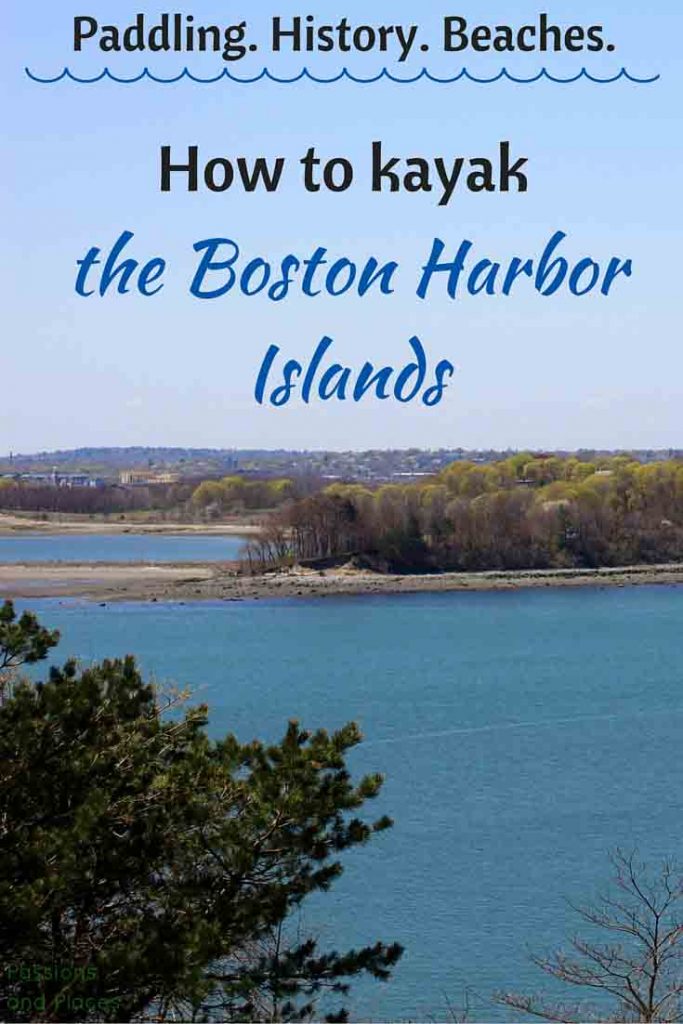 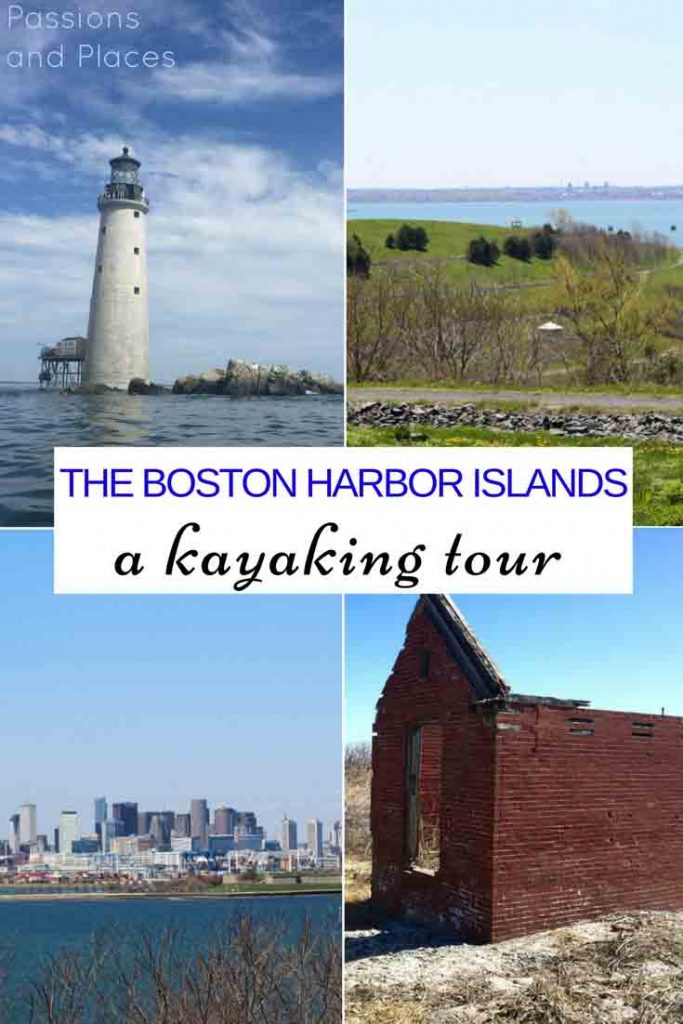